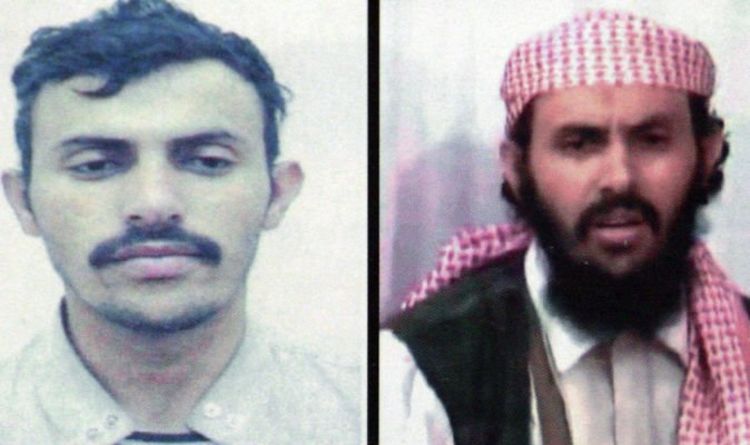 Qassim al-Rimi, who is the founder of Al-Qaeda in the Arabian Peninsula, has been killed, Trump told reporters.

He is the leader of the group that claimed responsibility for the deadly shooting at Naval Air Station Pensacola in Florida where a Saudi aviation trainee killed three American sailors.

The group has long been considered the global network’s most dangerous branch for its attempts to carry out attacks on the U.S. mainland.

While Trump has confirmed reports that Al-Rimi had been killed, he is yet to confirm when the US operation was conducted or offer any details about how it was carried out.

However, the US President did say that Washington and its allies are safer as a result of al-Rimi’s death.

He said: “We will continue to protect the American people by tracking down and eliminating terrorists who seek to do us harm.”

Trump’s announcement confirmed earlier indications that al-Rimi had been killed following a US drone strike taking place in late January.

The strike is confirmed to have destroyed a building housing al-Qaida militants in eastern Yemen.

Further indications were made on February 1 when the US president retweeted several tweets and media reports that seemed confirm al-Rimi’s death as a result of the strike.

The strike came after the December 6 shooting that took place at a naval base in Florida.

Following the attack that claimed the lives of three members of the US forces, Al-Rimi uploaded an 18-minute video claiming responsibility for the shooting.

The shooter was confirmed as Saudi Air Force officer Mohammed Alshamrani, who opened fire inside a classroom at the base, killing three people and wounding two sheriff´s deputies before one of the deputies killed him.

Eight others were left injured by the attack.

Speaking about Alshamrani, Al-Rimi called him a “courageous knight” and a “hero” following the attack.

The SITE monitoring group said he had posted a chilling manifesto on Twitter prior to the attack.

The post read: “I’m against evil, and America as a whole has turned into a nation of evil.”

“I hate you because every day you (are) supporting, funding and committing crimes not only against Muslims but also humanity.”