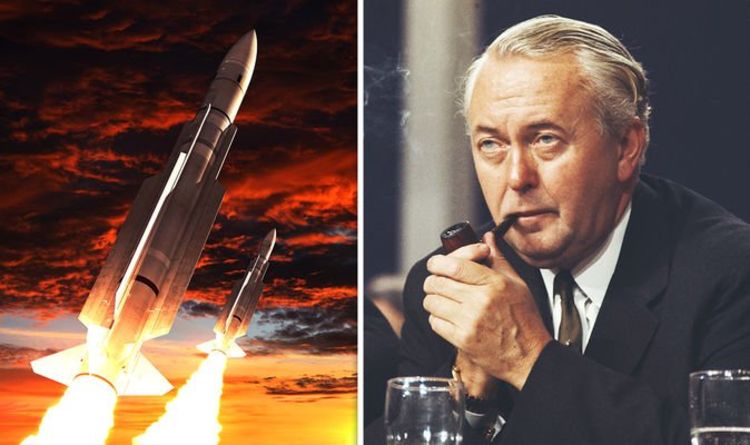 Today at 11pm, the UK will officially leave the EU and, as part of the agreement, the European Atomic Energy Community (Euratom) too. The move could see Boris Johnson reach out to his newfound ally Donald Trump, for help in monitoring nuclear activity in Europe and secure a new trade deal to import nuclear isotopes used for medical application into the UK. Papers from 1967, just five years after the Cuban Missile Crisis, show how Mr Wilson – one of Mr Johnson’s predecessors – approached General de Gaulle for a meeting discussing the possibility of working together on a separate nuclear agreement should Britain be accepted into the EEC.

But Britain’s commonwealth ties, domestic agricultural policy, and close links to the US were seen as too big an obstacle by the hero of the French Resistance.

Documents from a year later, dated 1968, reveal Mr Wilson’s horror when he discovered secret nuclear tests were being carried out by the French military in the Pacific islands, leading him to reach out to the US for help.

They read: “At a meeting on April 10, 1968, I raised the proposal of mounting a UK monitoring operation against the French tests in the Pacific.

“It was agreed to defer a decision until we knew whether the US would be willing to provide us with the information that we would otherwise have expected to obtain.

“After some delay, a reply has been received, while it is not unhelpful in principle, the amount of information they can give us will be limited by legal and other restrictions.

“The overall effect is to offer no certainty that the US would tell us about any significant advance the French had made in thermonuclear weapons.

“This is precisely what we would have wished to know for, without such an advance, their whole nuclear weapons programme would be much delayed.”

Mr Wilson then told his cabinet he wanted to go ahead with the mission.