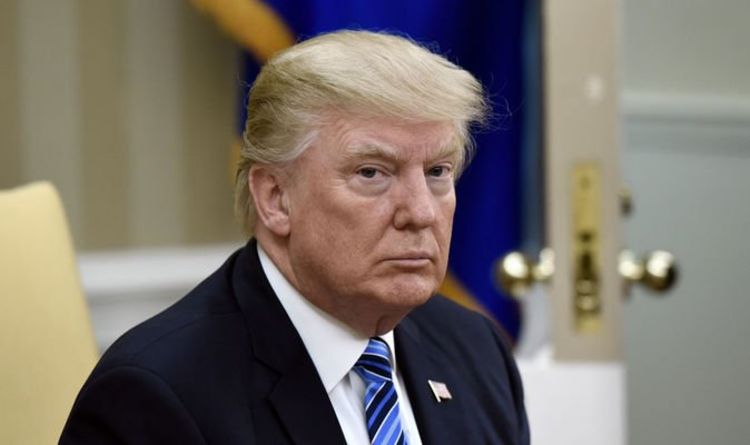 Reza Pahlavi, whose father Shah Mohammad Reza Pahlavi ruled Iran from 1941 until 1979, also called for regime change and the establishment of a secular democracy. His comments come as Iran is gripped by the most serious social unrest in 40 years, with anti-government protesters taking to the streets in cities across the country. Hundreds of demonstrators have reportedly been massacred in cold blood by regime gunmen.

US government officials estimate the number of victims to be over 1,000.

Human rights groups have accused the Iranian regime of hiding the bodies in an attempt to conceal the real death toll.

They have also claimed that internet connections have been cut to prevent protesters from communicating with one another and the outside world.

Mr Pahlavi, who since 1979 has lived in exile in Washington DC, said that the murderous response of the regime shows its ruthlessness and desperation.

In an interview with the US Magazine Newsweek, he said: “We have known for forty years that the regime’s only priorities are safeguarding and expanding its own power and control, including enriching itself.

“This massacre is not surprising. It is rather what one expects when such a regime feels threatened.”

He added:”This simply shows that the regime will stop at nothing to protect itself, even at the cost of an effective genocide.

He argued that although the recent turmoil started as a result of a 200 percent hike in fuel prices, they were an expression of the desire of ordinary Iranian’s for freedom and democracy.

JUST IN: Iran behind increasingly sophisticated rocket attacks on US bases

This has led to a catastrophic fall in living standards, as the economy falters.

The last Shah’s son claimed that most Iranians did not blame Trump for the economic hardships they were suffering and that the blame lay squarely with the Iranian authorities.

He said: “Iranians realize that they are first and foremost under maximum pressure socially, politically and economically from the Islamic regime itself.”

He praised Trump’s refusal to negotiate with the clerical regime, saying that containment and appeasement simply helped the authoritarian rulers to sustain their power and ignored the democratic aspirations of the people.

He said: “I know that any deal or negotiation with this regime and which ignores the Iranian people and their desires and demands are illegitimate.

“All those who still aspire to finding a solution by negotiating with this regime only prove how out of touch they are with the real aspirations and sentiments of the Iranian people.

“Containment and appeasement have proven to be the policy of sustaining the status quo.

ByAt least four of the test events will involve athletes from abroad. They include swimming, gymnastics, diving and volleyball.The postponed Tokyo Olympics are getting...
Read more