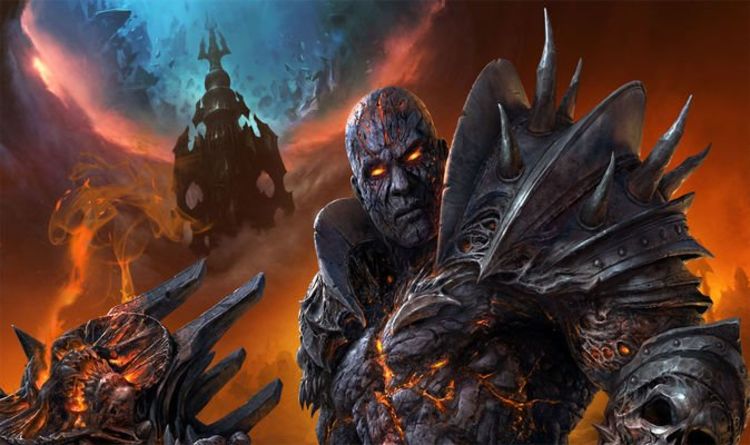 The World of Warcraft Shadowlands DLC is going to bring some big changes to the game, with plenty being planned for the WoW pre-patch. The latest news was shared today by Blizzard, who are busy getting ready for the Shadowlands October 27 release date. Following the launch of the pre-patch background downloader last week, the dev team has started filling in details regarding what will happen when it’s finally available to explore.

One thing that will be happening with the launch of the Shadowlands pre-patch is the arrival of hundreds of new character customization options.

A message from Blizzard explains: “One of the first things you’ll notice is the character creation screen has been completely remade, with race portraits on either side of the screen and class icons displayed along the bottom.

“When you select a class, the character displayed springs into action with a flashy animation that captures the essence of the class—Rogues Shadowstep across the screen and unleash a Fan of Knives, Shaman make the ground around them erupt with the fury of the elements, and Priests levitate toward the heavens to embrace the Light.

“Across the board, races will have access to new character customization options including skin tones, hairstyles, and eye colors. Certain races will be able to enhance their look beyond the basics with unique options such as tattoos, jewelry, beards, scars, or flowers to ornament their hair.

“When you’re ready to finalise your character, you’ll need to pick out a name. Now you can see if a name is available as soon as you type it into the field at the top of the screen; a green checkmark means you’re good to go, while a red cross means it’s unavailable and you’ll need to try a new variation or new name.”

The new customisation changes in the character creation screen and Barber will become available once the Shadowlands pre-expansion patch goes live.

The one thing missing from these recent guides is the official release date for the WoW Shadowlands pre-patch, which could still arrive before the end of September.

Fans are hoping for news by September 29, but it’s unclear at this time just how long the pre-patch period of this latest WoW expansion will last.

But while something could still happen before the end of the month, but October 6 is another prime date for Blizzard to get things rolling.

By Tyler McCarthy Singer Jeremih has been taken out of the ICU after being diagnosed with COVID-19 and spending time on a ventilator in critical condition. Last...
Read more