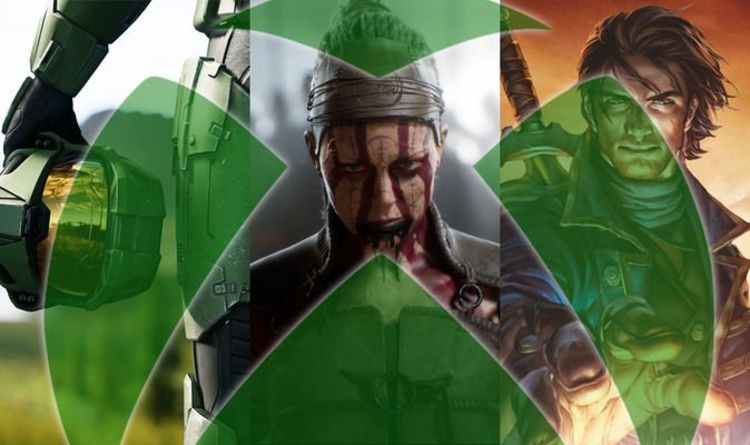 The hotly anticipated event will see the Xbox team lift the lid on what titles fans can expect to see from the upcoming Series X console.

The action kicks off with a pre-show at 4pm BST, with the stream hosted by Geoff Keighley, before the main event at 5pm UK time.

The headline act for the Xbox Games Showcase will last for around an hour long, and will be focused solely on Xbox Series X games.

So don’t expect an announcement about the Xbox Series X price, release date or when pre-orders will be going live.

We know for certain that the Xbox Series X event today will debut the first ever gameplay footage from the campaign of Halo Infinite.

But plenty of other announcements are expected from Microsoft’s beefed up first-party studios as well as third-party devs.

Rumour has it we could see a Fable 4 announcement today, while it is also rumoured Ninja Gaiden could be coming to the Xbox Series X as an exclusive title.

On Thursday July 23 the Xbox team will hold their big Series X event, which is expected to announce plenty of first-party titles as well as some third-party games.

We know for certain that the first ever campaign gameplay from Halo Infinite will debut during the event, but other Series X announcements remain a mystery.

The action all kicks off at 4pm UK time when a pre-show will be held by TGA and Summer Game Fest mastermind Geoff Keighley.

But the main event begins at 5pm BST, and all eyes will be on what Microsoft has to showcase.

In recent years the Xbox team have been buying up plenty of studios such as Obsidian and Double Fine.

So fans will be hoping to see some of the fruits of this labour during the Xbox Games Showcase.

You will be able to tune into the Xbox Series X event via a number of different channels. Here’s where you’ll be able to watch all the action…

Cavill then went on to explain that, if he were to jump into the series, the nod would have to come from the producers...
Read more
Entertainment

Beatles: Paul McCartney new interview 'I had an edge over John Lennon musically'

Looking back at it, Paul told Sean Lennon: "I think what was important wasn't who was more sophisticated than the other or whatever. "There maybe...
Read more
Entertainment

Aerosmith feud: Did Aerosmith fire its drummer? What happened?

Aerosmith is made up of many of its founding members, including frontman Steve Tyler, guitarist Joe Perry, bassist Tom Hamilton and drummer Joey Kramer....
Read more
Entertainment

Elvis Presley’s Graceland upstairs is shrouded in much mystery as one of the off-limits areas to the public. It shouldn’t come as too much...
Read more