Xinghe expects to be back in the black this financial year 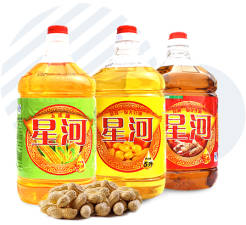 The projection takes into account of the disposal of certain assets and a turnaround plan.

According to its executive chairman Ng Min Lin, the huge losses stemmed from the RM97.3 million expenses relating to the deconsolidation of Henan XingHe Oil and Fat Co Ltd as a result of the disposal of Xinghe’s 41.5% equity stake for RMB155 million (RM91.5 million).

He explained that this is similar to the goodwill which arose from the group’s takeover of Key West Global Telecommunications Bhd.

“It is merely accounting treatment and does not affect our cash flow. In fact, operationally we are doing better in FY2019,” he said in a press release today.

Ng highlighted that the group registered a gross profit of RM16.5 million in the previous financial year, as compared to a gross loss of RM588,000 reported in FY2018.

“The worst is over, we can expect to see better days with the new aquaculture business that we acquired in December 2019,” he said.

On Dec 13, 2019, Xinghe completed a RM100 million acquisition of a prawn farm and related facilities and assets from Pegagau Aquaculture Sdn Bhd, marking its diversification as an aquaculture-based food producer.

Ng said the farm asset could breed 2,000 tonnes of vannamei, also known as white leg shrimp or king prawn, per annum. The prawns are consumed domestically and exported in unpeeled and frozen packs to Vietnam, South Korea and China.

“We are very confident that this earnings-accretive acquisition will turnaround Xinghe in 2020 and enhance the value of the company in the long term,” he said.

In the future, Ng said Xinghe may venture into the frozen seafood retailing business, which is not common domestically but commands a good margin.