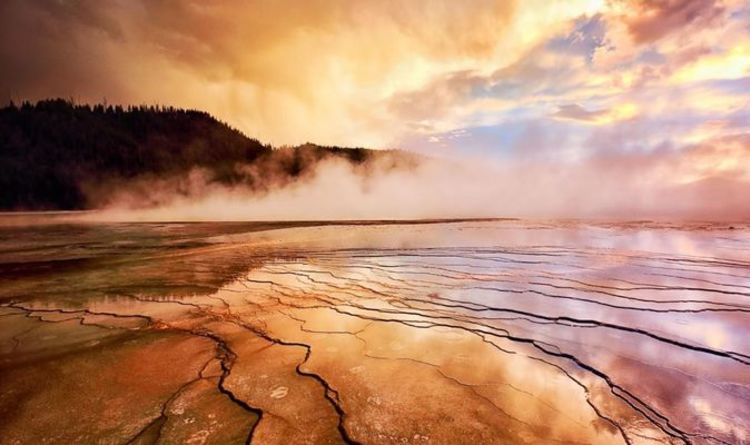 Over the past seven days, Yellowstone National Park has seen 19 earthquakes rock the area. In the three weeks prior to the last week, there were only slightly more than double the last seven days. All of the earthquakes were relatively small, with the largest being a 2.6 magnitude quake, according to the United States Geological Survey (USGS).

Is it a sign the supervolcano is about to erupt?

Although all of the earthquakes have been small, some experts warn it is not necessarily the size of an earthquake which is the indication of an upcoming volcanic eruption, but more the quantity of them.

Jamie Farrell at the University of Utah in Salt Lake City believes this is just part of the natural cycle for Yellowstone volcano, saying: “Earthquake swarms are fairly common in Yellowstone.”

Yellowstone’s National Park Service said that the region usually has about 700 earthquakes a year, so 19 earthquakes in a single week is not unheard of.

In fact, on the upper scale, Yellowstone can experience up to 3,000 quakes in a year.

The USGS says: “Almost all earthquakes at Yellowstone are brittle-failure events caused when rocks break due to crustal stresses.

“Though we’ve been looking at Yellowstone for years, no one has yet identified ‘long-period (LP) events’ commonly attributed to magma movement.

“If LP events are observed, that will NOT mean Yellowstone is getting ready to erupt. LP earthquakes commonly occur at other volcanoes in the world, including volcanoes in California, that have not erupted for centuries or millennia.”

According to the USGS, the chances of a Yellowstone eruption is around one-in-730,000.

However, experts are preparing for the worst now, and are studying how a major eruption, which could instantly wipe out large swathes of the US, could be prevented.

Around 60 to 70 percent of the heat generated by Yellowstone seeps into the atmosphere, but the remainder builds up inside. If enough builds up, it can trigger an eruption.

By drilling 10 kilometres into Yellowstone, the NASA employee believes that it would be possible to pump high-pressure water which will allow the cool liquid to absorb some of the heat before it is pumped out again.