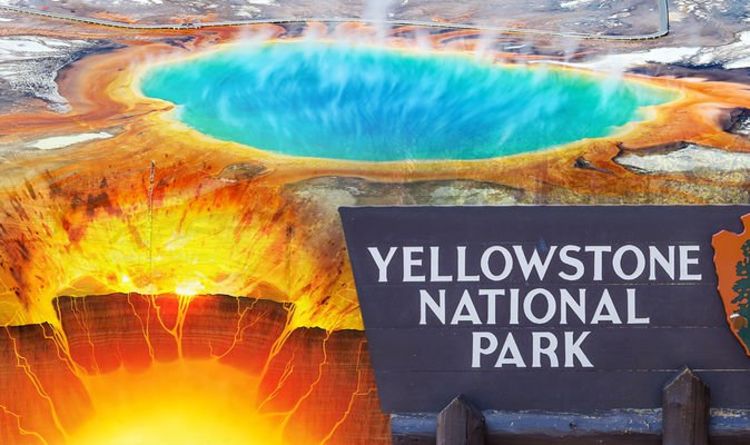 A Yellowstone eruption remains one of the most terrifying natural prospects around, with an eruption likely to affect the entire world. While there are no signs of an eruption any time soon, if it were to blow to consequences would be catastrophic.

The volcano itself is located in Wyoming, USA, and if it were to blow, the surrounding states of Montana and Idaho would be covered in volcanic magma and ash.

The chances of survival across hundreds of miles from the epicentre would be slim for anyone, but that is only the start of the issue, according to the USGS.

As Yellowstone is packed full of molten rock, an eruption would eject all of this, leaving the area below hollow.

This would cause the ground to collapse in on itself and create another caldera – a depression near the mouth of the volcano.

However, with so much ejection of ash and debris, the consequences would be felt across the world.

Debris and ash would make its way into the atmosphere, slowly circling the entire globe.

This would block out the Sun’s light, causing temperatures to plummet, in what is known as a volcanic winter.

Ultimately, this would lead to food shortages across the globe as crops would struggle to grow in the new climate which could realistically last for decades.

The USGS estimates there is around a 0.00014 percent chance each year that the potentially catastrophic volcano could blow.

The agency continued: “Fortunately, the chances of this sort of eruption at Yellowstone are exceedingly small in the next few thousands of years.

“There is no evidence that a catastrophic eruption at Yellowstone is imminent, and such events are unlikely to occur in the next few centuries.

“Scientists have also found no indication of an imminent smaller eruption of lava.”