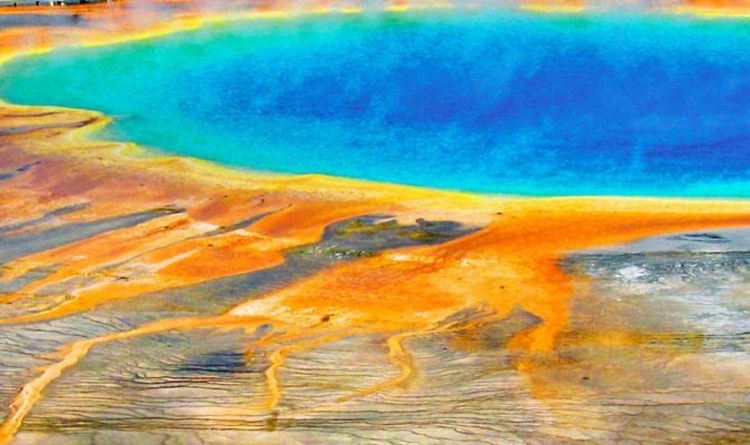 Monitoring services from the US Geological Survey (USGS) found there have been 113 earthquakes in the Yellowstone National Park in the past 28 days. The tremors were relatively small, with the largest being a 2.9 magnitude tremor on March 31. However, some experts warn it is not necessarily the size of an earthquake which is an indicator a volcano might erupt, but the quantity of them.

Jamie Farrell at the University of Utah in Salt Lake City believes this is just part of the natural cycle for Yellowstone volcano, saying: “Earthquake swarms are fairly common in Yellowstone.

“There is no indication that this swarm is related to magma moving through the shallow crust.”

By drilling 10 kilometres into Yellowstone, the NASA employee believes it would be possible to pump high-pressure water which will allow the cool liquid to absorb some of the heat before it is pumped out again.