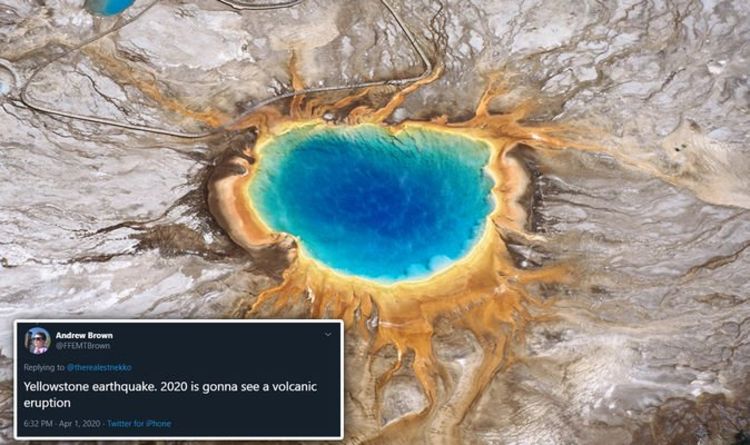 The USGS also recorded three eruptions of the Steamboat Geyser in Norris Geyser Basin during this period.

The geyser erupted on March 6, March 15 and March 25, for a total of nine eruptions so far this year.

The USGS has also assured the recent earthquake in Idaho is not a sign of any volcanic stirring in Yellowstone.

The agency said: “It’s been an eventful month for seismic activity in the western USA, with a M5.7 earthquake near Salt Lake City, Utah, on March 18, and a M6.5 in central Idaho on March 31.