Yobs pelt police with missiles as they try to break up illegal street party 'outrageous!' 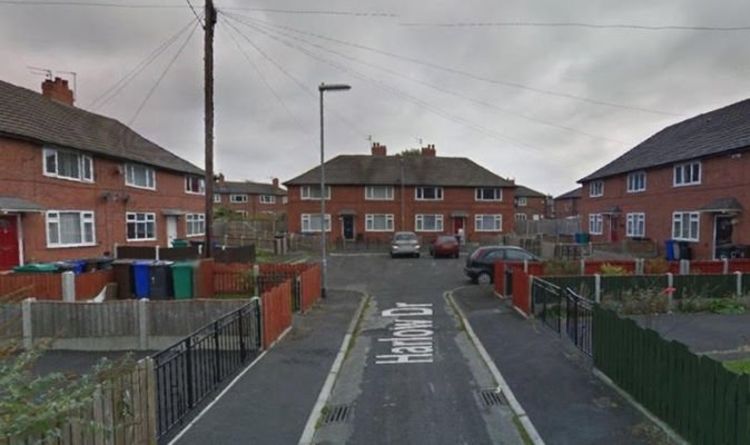 Officers were forced to call for significant back-up as they dealt with large gatherings for the second night running.

It comes after large gatherings in the Wilmslow Road area of the city on Friday.

DCC Pilling said he was “disappointed” that people believe they can “blatantly flout” social distancing rules to fight the coronavirus crisis.

He said: “Despite having significant number of GMP officers on duty, supported by officers from North Wales and Cheshire, we were extremely stretched again yesterday with unprecedented demand.

“The last thing we need is large gatherings such as this, as well as unacceptable attacks on officers attending the scene.

“Quite frankly, it is beyond comprehension and I am incredibly disappointed that people feel they can gather in this way – blatantly flouting the rules.

“I can honestly say that in 30 years of policing I have never seen anything quite as outrageous as this behaviour. It is appalling.”

Officers are now reviewing footage of the Gorton incident and all options are being considered with regards to prosecution.

He added: We are still in the midst of a global pandemic and over 40,000 people have lost their lives.

“Greater Manchester is specifically affected to the extent we have a local lockdown and many places still have a rising infection rate. People behaving in this way are contributing to an already difficult situation.

“GMP owes it to our communities to not tolerate this kind of behaviour.”

Friday’s street gatherings on Pakistan Independence Day were condemned by Manchester Gorton MP Afzal Khan, who said he was disappointed, frustrated and angry at the “appalling” behaviour of those present.

The MP tweeted: “Not only is antisocial behaviour of this kind deeply disrespectful to Rusholme residents, ignoring the COVID-19 regulations puts us all at risk.”

An anti-social behaviour closure notice has also been issued, which prohibits anyone from outside the household from entering the property.

Officers have also identified a 27-year-old woman, who was the party organiser and issued her with a with a £100 Fixed Penalty Notice.

Superintendent Helen Caldbeck said: “Only yesterday afternoon did we made an urgent plea to the public after an unprecedented surge in 999 calls. Our message was firm and clear – there is a real worry that people who need us desperately, won’t be able to get through to us via 999 because we’re so busy.

“This illegal house party was a blatant breach of legislation and meant that needed resources were pulled from the force. Even worse was the fact on attendance, our officers were met with such hostility, with missiles were thrown at them.

“We want to be clear that the issuing of an FPN, as well as imposing an anti-social behaviour closure notice, is just the first step in our action and we are working unreservedly to ensure that all possible lines of enquiry are followed up. We have officers reviewing CCTV and other evidence with a view to identifying others responsible.

“The people of Greater Manchester deserve better and quite frankly they’re being let down by the selfish few who are shamelessly breaching the very guidance and legislation that is there to protect us.”=

“If anyone has any information about this I’d urge you to get in touch to us via 101, or report it online.”

Media playback is unsupported on your deviceMedia captionPrime Minister Boris Johnson initially got the rules wrong when questioned at a press briefingBoris Johnson has...
Read more
U.K.

Image copyright Getty Images Image caption The rate of Covid infections in the region is now more than 100 cases per 100,000The government has been...
Read more
U.K.

Brits would NOT back a two week national lockdown to halt COVID – ‘What will it achieve?’

Boris Johnson has said a second national lockdown would be “disastrous” for the country, but the UK’s leading scientists have suggested a two-week national...
Read more
U.K.