You can watch Mulan on Disney+ today at a cost, but waiting to stream will save you money 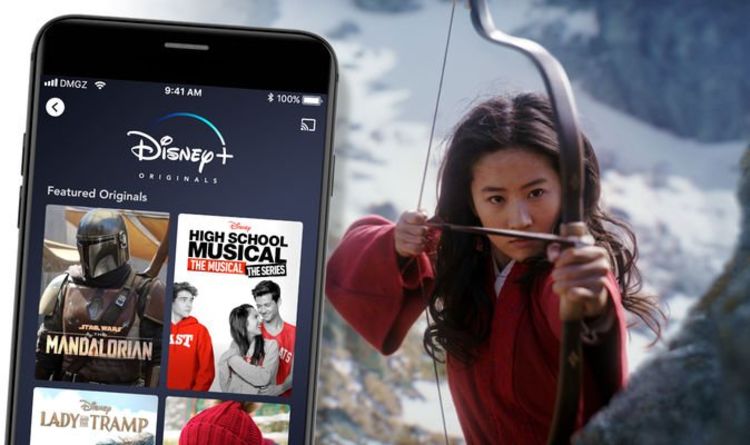 Disney has brought the latest in its string of live-action remakes (Cinderella, Beauty and the Beast, The Jungle Book, Aladdin… the list goes on) to the small screen. Originally scheduled to open in multiplexes worldwide back on March 27, Mulan‘s release date was postponed due to the pandemic. And with cinemas still shut in a number of countries worldwide, Disney has decided to bring the film to its hugely-popular streaming service, Disney+.

However, those who want to tune-in when the film releases today – September 4, 2020 – will have to pay extra. While everything else available to watch on Disney+ is included in the £5.99 monthly subscription cost, fans who want to watch Mulan today will have to fork out an extra £19.99 for an add-on called Premier Access.

That may sound pretty pricey, but Disney says that one-off cost includes the option to watch the film as many times as you want and download it on devices, such as smartphones and tablets, so it can be viewed away from your main TV. That makes it different from a digital rental, which usually expires after 48-hours and can only be streamed – never downloaded due to piracy concerns. For example, films which were playing in cinemas when the coronavirus shutdown took place, like The Invisible Man and The Hunt, were quickly brought to video on-demand options like Amazon Prime Video, iTunes and Google Play Movies for £15.99 for a 48-hour rental.

Unlike these movies, Mulan will be exclusive to Disney+. So, if you’re looking forward to watching the Niki Caro directed remake of the 1998 Disney classic starring Eddie Murphy and BD Wong, you’ll have to get your hands on a Disney+ subscription and pay the extra to upgrade to Premier Access. To add the latter to your account, you’ll need to head to DisneyPlus.com and follow the instructions there. There will be an option to upgrade to Premier Access inside the app, however, this will only be available via in-app billing on select platforms, including Apple TV, iPhone and iPad, Google, and Roku. Other viewers, like those using the Samsung Smart TV app, will have to head online.

And if you’re unsure about whether you want to cough-up almost £19.99 (almost the same as four months subscription to Disney+) for Mulan, then there is a way to watch for less. Disney has already confirmed that Mulan will join the existing library of titles available to stream and download as part of the monthly £5.99 subscription on December 4, 2020. That means you’ll only have to wait three months and you’ll be able to watch it at no extra cost if you already subscribe to the streaming service.

According to an FAQ page for Mulan on Disney Plus, “Premier Access offer will be available until November 2, 2020.” It’s unclear what that means for anyone who wants to watch Mulan between November 2 and December 4, 2020 – presumably they’ll just have to wait for it to join the catalogue? If you want to watch the live-action film, you’d better buy it soon after its launch today… or wait. Buying it late next month seems like a bit of a waste.

If you’re new to the concept of Disney+, the Netflix rival launched in the UK earlier this year and offers subscribers the chance to binge as many Disney-owned films and shows each month for a one-size-fits-all £5.99 monthly fee. Unlike Netflix, which reserves some features (like the ability to stream in 4K) for more expensive subscription tiers, Disney offers everyone the same deal. For that £5.99 subscription, you get access to every entry in the Star Wars saga, the complete Marvel Cinematic Universe (as well as exclusive shows coming soon to the platform), films from Pixar, Walt Disney animation, every episode of The Simpsons, and National Geographic.

In fact, you’ll find over 500 blockbuster films as part of the subscription.

You can also anticipate your sense of fair play to benefit at the start of another well-earned weekend. Messenger planet Mercury means you are going...
Read more
Lifestyle

Kate Middleton vs Meghan Markle: Which Duchess is ageing better?

The expert said: "Kate Middleton on the other hand has perfect facial thirds ratio and has a slightly more favourable width to height ratio...
Read more
Lifestyle