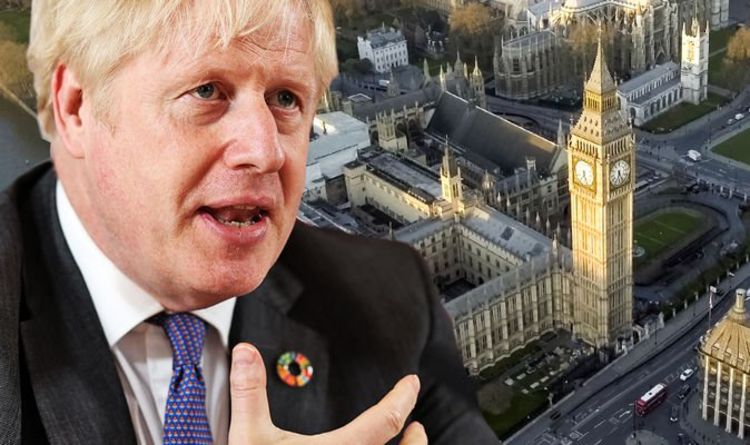 More than 40 MPs are reported to be ready to back a move led by senior backbencher Sir Graham Brady to try to force Commons votes on new Covid restrictions “as soon as reasonably practicable.” Labour sources also indicated that Sir Keir Starmer was likely to lead his MPs back a rebel amendment tabled by Sir Graham in the hope of wiping out the Prime Minister’s 80-seat Commons majority.

But Mr Johnson’s allies insisted the Government will win the vote set for next Wednesday to renew the emergency powers for another six months.

One Cabinet minister told the Daily Express: “It doesn’t look like the rebels have really got the numbers to defeat the Government. There is a lot of noise about this but there are not that many MPs who are clear they will actually rebel when it comes to the vote.”

The minister added: “We need to keep the emergency powers to be able to respond quickly to this fast-moving pandemic.”

DUP MPs and the chairman of the Labour parliamentary party John Cryer are also supporting the move.

A Downing Street spokesman indicated the Government was not willing to compromise on the issue.

“We’ve been clear throughout that it’s rightful we can take action to stop the transmission of the virus and protect the NHS.

“Both houses have the opportunity to debate and scrutinise all lockdown regulations,” a Downing Street spokesman said.

Support appears to be growing for the amendment.

READ MORE: Coronavirus update: Which stage is the UK at with the vaccine?

Mr Tugendhat, chairman of the Commons Foreign Affairs Committee, said: “You can give various blanket permissions in emergency ways but that doesn’t mean you don’t have to come and ask for permission as soon as is practical.

“It’s quite clear that there’s at least another six months of it as the Government has announced and it may indeed be longer than that depending on whether a vaccine comes or not, so the idea that we can have a permanent state where the Government is making emergency decisions for people and effectively controlling the lives of 65 million people by fiat is not sustainable.”

Tory peers also hit out at the Government over parliamentary scrutiny for coronavirus measures.

Former Tory Scottish secretary Lord Forsyth of Drumlean told the House of Lords: “These powers are being exercised by regulations which are being made using the Public Health (Control of Disease) Act.

“This gives the Government the power to restrict the movements of people who are believed to be infectious and to close infected premises only.

“As far as I can see, it does not provide for the control of people who are not infected or to close uncontaminated premises.

“Now if the Government wants to exercise controls of this kind over people who are not infected, it has the power to do so using the Civil Contingencies Act.

“But quite properly that legislation requires the consent of Parliament is obtained within seven days of any regulation and is renewed every 30 days.”

He added: “Has the Government used the Public Health (Control of Disease) Act improperly in order to avoid parliamentary scrutiny and created today’s farce where we are debating regulations that were made seven weeks ago which are already superseded?”

Responding for the Government, health minister Lord Bethell said: “The Civil Contingencies Act is expressly concerned with threats that we could not have expected and unfortunately we’re at a stage with this epidemic, and even at the very beginning of this epidemic, where the lawyers judged that this kind of regulation does not fit under this regulation and that is why we work through the Public Health (Control of Disease) Act.”

ByUnder the current guidelines, garden centres are allowed to remain open as long as they can operate in a secure way. Frustrated customers have...
Read more