You season 1 recap: What happened in the first season... 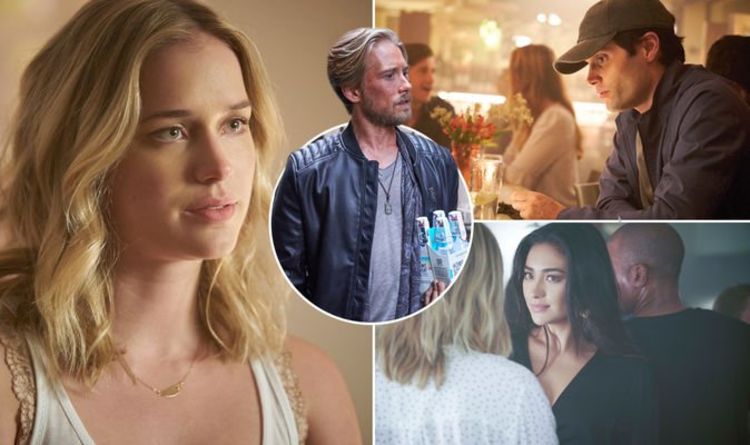 You became an instant hit when it arrived on Netflix last year as it brought the novel of the same name by Caroline Kepnes to screen around the globe. The story follows bookshop manager Joe Goldberg (played by Penn Badgley), a narcissistic and sociopathic killer who falls in love with aspiring author Beck (Elizabeth Lail). Through truly disturbing methods, Joe starts a relationship with Beck but it all goes terribly downhill from the off.

You season 1 recap: What happened?

Beck wonders into Joe’s bookstore one afternoon and instantly the pair’s chemistry is evident.

So far so innocent, until Joe does a bit of online digging, examining her social media profiles and finding her address.

Joe then proceeded to stalk Beck and watch her everyday life.

In doing this he stumbles across he friends and on/off boyfriend – that’s when the problems really began to pile up.

Joe kills… pretty much everyone

Following their first encounter, the first season pretty much sees Joe go to extreme lengths to ensure he and Beck end up together.

However, he faced obstacles along the way, particularly in the form of a friends-with-benefits in Benji (Lou Taylor Pucci) and a jealous BFF called Peach (Shay Mitchell).

It’s Benji who is the first victim of Joe’s murderous and sociopathic way after the bookstore manager is convinced he’s no good for Beck.

Joe kidnapped Benji and locked him in a sinister soundproof cage beneath his bookstore.

In order to keep Benji out of the picture for good, he spiked a latte with peanut oil, well aware of his allergies.

He died in the second episode of the series and Joe began to enjoy life with Beck post-Benji.

Their romance began to blossom but there was one person who remained adamant from that start that Joe was bad news: Peach.

Peach despised Joe, reiterating time after time he was bad for her – however, it was revealed she didn’t have Beck’s safety at the forefront of her mind but was instead, herself, desperately in love with her.

She found Benji’s phone, his teeth, a necklace of Candace’s and all other sorts of incriminating artefacts.

Joe placed Beck in the soundproof cage beneath the bookstore but when she devised a story for them to be happy ever after, Joe fell for it and Beck had one chance to escape.

She stabbed and bludgeoned Joe and made it to the bookstore’s exit but it wasn’t enough – Joe killed Beck and framed her therapist Nicky (John Stamos) for her murder.

Beck had been sleeping with Nicky after all and the plan she decided was to frame him and Joe took full advantage.