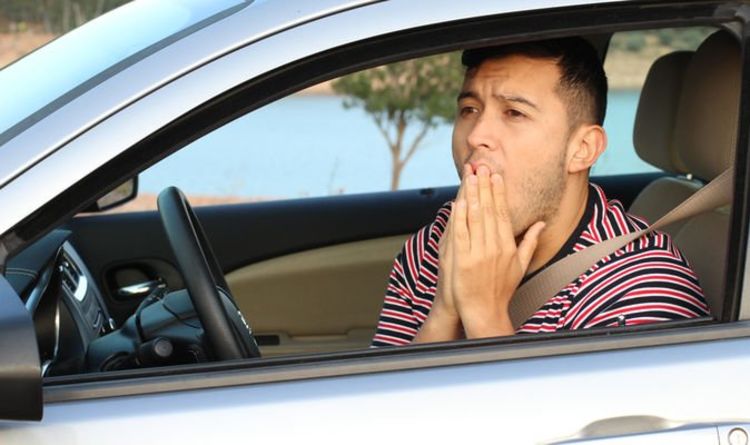 Car insurance firms may not pay out because adding a football sticker to a vehicle could make your car more of a target for criminal damage, according to a study from Auto Express and British Insurers Brokers’ Association. The sticker could be deemed a political statement which they say adds risk to vehicles from an insurer’s perspective. Adding a sticker could also be deemed as modifying a car which can invalidate a policy if a driver fails to inform providers. Car stickers can also land you in trouble with the law if officials deem the logo to be distracting to a driver’s view of the road.

Modifications can be deemed as simple as adding features that were not part of the vehicle when it was first supplied to a customer.

Even factory-fitted features could be deemed as being modifications to a car as this could make a vehicle more attractive to thieves.

Football stickers are available at a cheap price online and around stadiums and fans often stick these on to show their love for a club.

AutoExpress has urged drivers to not put stickers on their car which could make their vehicle a target for vandals.

They say drivers should keep their opinions to themselves in fear of causing damage to a car from supporters who do not agree with their tastes.

This applies to a whole range of stickers and is not just football related. Political messages or statements can also be a cause of increased vandalism.

In a statement, Hugo Griffiths, Auto Express Consumer Editor said: “While some additions to your car are obvious candidates for telling your insurer about, many motorists will be surprised by the strict definition of modification, and how even a sticker in the back window could void your policy.”

Putting stickers on a car will not always invalidate your insurance policy and some firms will offer cover for cosmetic modifications to a car.

However, this will still raise costs by around five percent due to the added threat to a particular vehicle.

Driving with a sticker on a windscreen could even land you with added police fines and points on your driving licence.

Stickers may be viewed by some officials as obstructing a driver’s view of the road which constitutes a dangerous driving offence.

The Highway Code says car windscreens and windows must be kept clean and free from obstructions to vision.

If a driver is deemed to have been distracted, officials can slap a £100 on the spot fine and three points on your driving licence.

Drivers could then be charged up to a staggering £1,000 if the fine was challenged in court.

A vehicle could also fail its annual MOT test if it is believed something in the windscreen is causing a driver to be distracted behind the wheel.

According to the AA, drivers should not have a windscreen sticker or obstruction covering more than a 10mm area.