Newslanes
Home Tech Your Galaxy S10 has a shocking flaw, check for this vital Samsung... 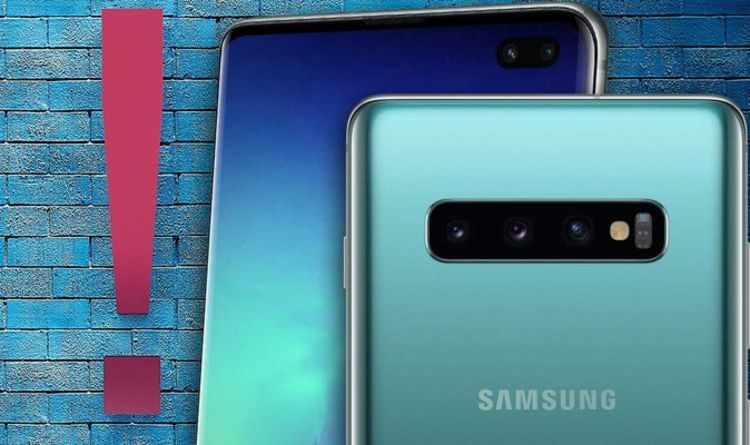 When it launched back in February, it was the first smartphone to ship with an ultrasonic fingerprint scanner.

Housed within the Infinity-O display, this new sensor was designed to be more secure and work when your touchscreen is wet.

It also doesn’t need to shine any light on your fingertip to authenticate your fingerprint – unlike the in-display sensors in the likes of the OnePlus 7 Pro and Nokia 9 PureView – so it’s less glaring to unlock your handset at night.

But the ultrasonic fingerprint scanner has been mired by a flaw that meant adding some screen protectors to the Galaxy S10 would enable anybody to gain access to your smartphone with a tap of their fingerprint.

The issue was discovered by a British couple who found their Galaxy S10’s security became next-to-useless after the plastic screen protector had been applied onto the edge-to-edge screen.

Speaking to The Sun, Lisa Neilson said: “This means that if anyone got hold of my phone they can access it and within moments could be into the financial apps and be transferring funds.”

The £2.70 screen cover was purchased on eBay. The glitch appears to affect a vast number of Galaxy S10 units, forcing Samsung to design a software fix for the flaw.

Samsung quickly confirmed the issue with a post on its support site stating: “Unofficial, scratched or dirty screen protectors may cause the fingerprint sensor to malfunction.”

The firm has been working hard on a fix, which now appears to be rolling out in some areas of the world.

According to SamMobile, some S10 users in South Korea have already begun receiving this upgrade which stops the scanner from being tricked by these screen protectors.

There’s no word on a global release but it’s likely that all S10’s will get this vital update in the coming weeks. To check your phone is fully up to date simply head to Settings > Software update > Download updates manually.

Hotels: Get room discounts up to ‘half price’ with this simple trick – would you try it?

Nintendo Switch free games WARNING: Time running out to get this eShop freebie

Newslanes - January 29, 2020 0
Are Fortnite, Minecraft or Roblox shutting down? The simple answer is no, they are not.The popular online games have been included in a hoax...

Newslanes - January 28, 2020 0
The Pokemon Go Battle League is releasing this week and it looks like we know how long some Trainers will have to wait. According to...

Newslanes - January 28, 2020 0
“The 2v2 tension-filled battle is changing its tune when it comes to loadouts. Instead of being given a loadout at spawn, players can choose...

Apex Legends Revenant update is big news for Season 4 on...

Tech
Instead, it seems Microsoft has decided to break its promise and issue a new update for Windows 7. Of course, the company is still...

Your Xperia phone is about to look massively outdated as Sony...

Tech
Sony will be back next month with a massive announcement about its popular Xperia brand. The Japanese technology giant has just sent out invites...

BT makes a big change to its broadband and Virgin Media...

Tech
Speaking about the news Marc Allera, CEO of BT’s consumer division, said: “We know how important providing a personal, and local, service is to...

Tech
Despite a recent design update to MacBook Pro and the relaunch of the MacBook Air in October 2018, Apple’s iMac hasn’t had a major...

Tech
It’s been coming for months, but this is the week some Android and iPhone owners will finally lose access to WhatsApp. The latest block,...