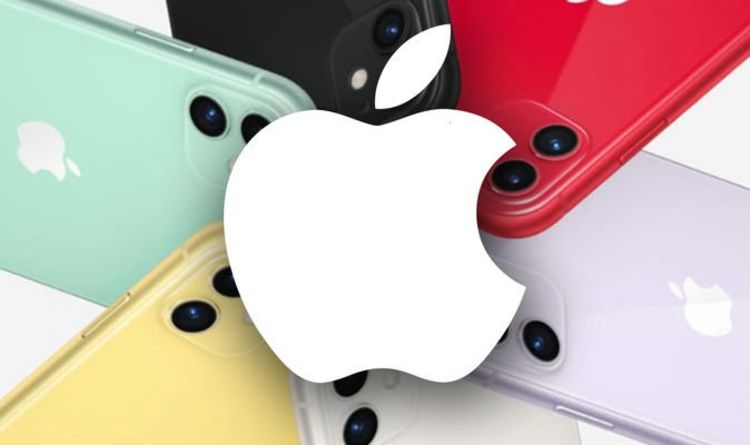 There’s just a few hours left until Apple holds its annual September launch event and it could be as gadget-packed as ever. The big keynote kicks off at 6pm BST and there’s plenty of rumours and speculation that some new iPhones will be the star of the show. Apple always reveals its latest greatest phones during this month of the year and what could be revealed later tonight will almost certainly make your current iPhone look mightily inferior.

These devices, which will range in size from 5.4inches to 6.7 inches, could get OLED screens with the top-end Pro models also expected to get a silky smooth 120Hz refresh rate – a feature Samsung introduced on its Galaxy phones earlier this year.

Other extras could include a faster processor, longer battery life and an improved camera system with a LiDAR scanner that offers improved ways of measuring objects.

Another change could be a completely new look with a more industrial design and many are speculating that these new phones will get access to 5G data speeds allowing them to download files at over 300Mbps when away from fixed-line broadband.

READ MORE: iOS 14 release date could be revealed today, but will it work on your iPhone?

Although Apple always announces its new iPhones in September it’s worth noting that not everyone is convinced that the US firm will reveal an updated smartphone later today.

In fact, with its invite to media saying “Time flies”, many think today’s news will be all about a new Apple Watch.

The iPhone will then be revealed at another event next month.

Sources speaking to Bloomberg, which has a solid track record when it comes to rumours about forthcoming Apple products, claims Apple will hold a standalone iPhone event in October.

So what could Apple actually reveal later tonight?

How It Feels When Software Watches You Take Tests

Anushka Patil and Jonah Engel BromwichAn unusual school year has started in earnest, and with it has come the return of digital proctoring programs....
Read more