by Newslanes 1 year ago8 months ago
194views 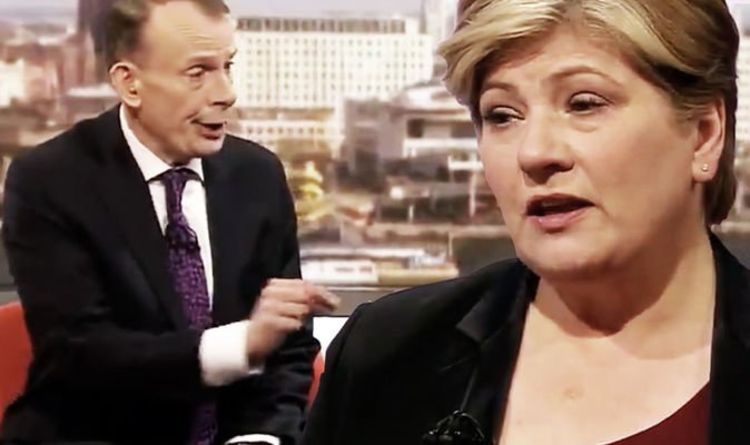 The shadow foreign secretary appears to be struggling to reach the number of nominations she needs to go through to the next stage of the Labour leadership race. So BBC’s Andrew Marr confronted the Labour frontbencher on her anti-Brexit position, suggesting it might be the reason why she is struggling to get support. He said: “Let me put to you a theory as to why you might have been in some trouble which is that you were, above everybody else, probably most associated with the Remain campaign around Brexit. You were the person who said this is a Remain party and we’re going to prove that Britain is a Remain country.

“And, of course, exactly the reverse happened. Perhaps on this issue, you’re just out of touch.”

Ms Thornberry replied: “I think that it was disastrous for us to go into a general election in those circumstances, I accept that.

“But by doing what we did, we let him wrap himself up in the lie that he could get Brexit done without a referendum and he got five years in power as a result of it.”

Asked whether the Labour Party would become “the return to the EU party” under her leadership, she said: “No, I think we have to be pragmatic and practical about it. We are leaving at the end of January and I’m afraid with deep regrets that is what’s going to happen.”

The Labour MP she is confident she can secure the backing of enough Labour MPs to make it onto the ballot paper in the race to succeed Jeremy Corbyn.

Ms Thornberry currently has 10 nominations – 12 short of the 22 she needs by the deadline of 2.30pm on Monday.

She told Andrew Marr: “There is a large number of MPs who haven’t nominated yet.