Zafrul quits as CIMB CEO after being appointed finance minister 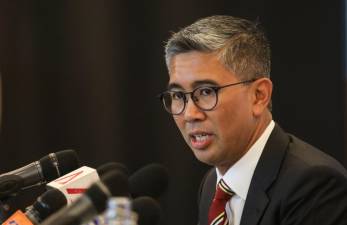 PETALING JAYA: CIMB Group Holdings Bhd CEO Tengku Datuk Seri Zafrul Aziz (pix) has resigned as group CEO and CEO of CIMB Bank Bhd, along with all other board positions, with immediate effect.

This follows Zafrul’s appointment as finance minister, in the new government line-up under Perikatan Nasional.

CIMB’s board of directors has appointed the group’s COO Omar Siddiq, as officer-in-charge for CIMB Group and CIMB Bank, with immediate effect.

“Tengku Zafrul has served the group for six years, when he rejoined in 2014. He has done an outstanding job, shaping CIMB’s transformation under our T18 and Forward23 strategic plans.

“On behalf of the board, I would like to thank Tengku Zafrul for all his contributions to the group and wish him well in his next role,” CIMB Group chairman Datuk Mohd Nasir Ahmad said in a statement.