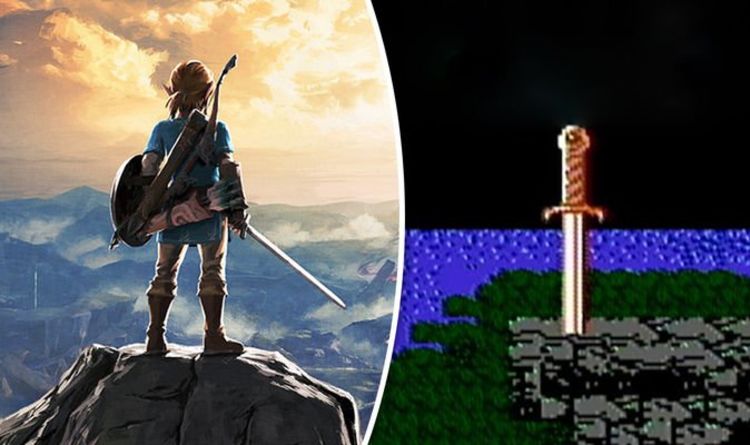 The Legend of Zelda Breath of the Wild – though a little overrated if you ask us – will go down as a modern classic.

Huge, ambitious and unlike any Zelda game that came before it, Breath of the Wild is so highly thought of that Nintendo shocked the world by announcing a sequel during last year’s E3 Direct.

Another game in the iconic series that is also highly unique and hugely ambitious is Zelda 2: The Adventure of Link on the NES.

Unlike the top-down view adopted by the original Legend of Zelda and many subsequent releases, Adventure of Link features side-scrolling action sequences whenever players visit a palace, or encounter enemies in the overworld.

The 2D side-scrolling sections can be incredibly tricky, forcing players to skilfully dodge strikes, projectiles and flying enemies, all the while using Link’s sword and spells to defeat some rather tough monsters.

While Zelda 2 isn’t anywhere near as beloved as Breath of the Wild – and with good reason – the upcoming Nintendo Switch sequel could learn a thing or two from this divisive NES classic.

You see, like many titles from the 8-bit era, Zelda 2: Adventure of Link is a brutally difficult game.

If you lose all your lives and are forced to continue – and this will happen a lot – Link will find himself back at the starting location and without all that precious XP. And unlike a certain Soulsborne series, there’s no way of getting your experience back.

Even if you don’t lose all your XP and manage to max out your stats after hours of grinding, getting to the end credits is easier said than done.

Muscle memory and resource management is a must in Zelda 2, especially when a stingy magic system often leaves you wanting. Indeed, you can’t even damage the final boss until you’ve fired of the magic-draining Thunder spell, and then you won’t have enough left to heal.

It can be frustrating, and even unfair at times, but conquer Adventure of Link and you’ll feel smugly satisfied, like you’ve really earned it.

This is in stark contrast to a lot of recent releases, which hold your hand throughout the entire experience and don’t ever really provide a challenge.

While Breath of the Wild is blessed with its fair share of fiendish puzzles and tough enemies, getting through it is pretty straightforward, provided you’ve got enough spare weapons to account for all the breakages.

Even when you do encounter a hard-as-nails enemy out in the wild, Link can just hop on his horse and run away.

Finish Breath of the Wild and you’ll truly feel like you’ve been on a grand adventure. However, as awe-inspiring and epic an experience as it is, at no point did I ever feel like I’d pushed my gaming skills to the limit.

I have every faith that Breath of the Wild 2 will be another excellent game for the Nintendo Switch, but I’m less convinced that it will make my heart pound and palms sweat like Zelda 2: The Adventure of Link.