Zion Williamson lawsuit, explained: What to know about allegations of impermissible benefits at Duke 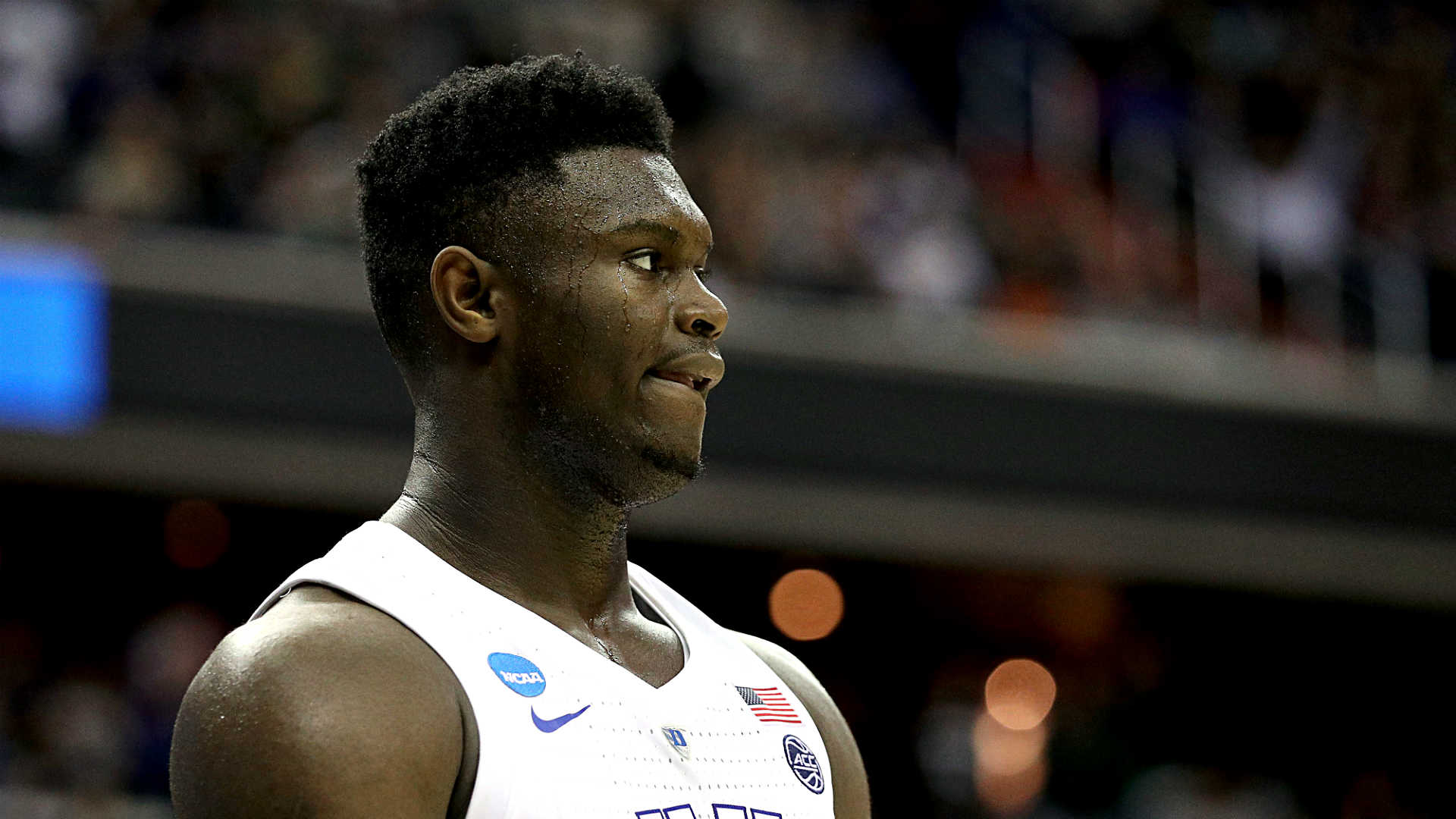 Lawyers representing Zion Williamson’s former agent Gina Ford filed a document in Miami-Dade Circuit Court last week, requesting him to answer several questions that could have serious implications regarding his eligibility at Duke in 2018-19.

That document asks Williamson to confirm or deny several interrogatories that, if answered in the affirmative, would admit he knew his family received payments and/or other benefits before and during his attendance at Duke University. The document — which alleges Duke, Nike and Adidas offered said payments and benefits — is part of an ongoing $ 100 million legal battle between Williamson and Ford, based on a severed contract between the two.

It’s a complicated legal battle, one that involves a lot of background and several potential legal hurdles and loopholes. With that, here’s everything you need to know about the suits between Williamson and Ford:

Shortly after Williamson declared for the draft on April 15, 2019, he signed a five-year contract with Ford, president of Miami-based Prime Sports Marketing, to represent him and handle his endorsement deals.

Williamson broke that contract, however, signing with Creative Artists Agency on May 30 of that same year. Ford then contacted the CAA, asking for mediation or otherwise threatening a lawsuit. Williamson countered by suing Prime Sports on June 13 for a clear separation from the agency. He filed in the U.S. District Court for the Middle District of North Carolina, arguing that the contract he signed was null because Prime Sports didn’t follow the guidelines of the North Carolina Uniform Athlete Agent Act (UAAA). The UAAA protects athletes from unscrupulous agents.

Per The Athletic’s Dana O’Neil, Ford — who claims Usain Bolt as her most notable client — has formed her business several times over. That includes an August 2018 iteration called MAG Sports & Entertainment, in which she partnered with former NFL player Akin Ayodele and Munish Sood — a former financial advisor who was one of 10 men arrested by the FBI in September 2017 as part of a federal college basketball corruption investigation. Twenty-five days after forming MAG, Sood pleaded guilty to federal counts of conspiracy to commit bribery; payments of bribes to a federal agent; and wire fraud conspiracy. MAG was dissolved “with no business transacted.”

NOLA.com also reported that Williamson’s attorneys, in an August filing, described Ford as “predatory” in her pursuit of Williamson. They alleged she “grossly exaggerated” her prior work with athletes, including Bolt, for whom Ford was merely a member of his representing team. Those filings also claim Ford repeatedly texted Williamson’s relatives and twice visited Duke to approach his family, “despite requests to refrain from doing so.”

Ford counter-sued Williamson on June 19 — a day before Williamson was selected by the New Orleans Pelicans as the No. 1 pick in the 2019 NBA Draft — stating he breached his contract with Prime Sports when he signed with CAA; she claimed damages in excess of $ 100 million. The language of her suit, and where it was filed, are also factors to monitor. Ford contended the contract between Prime Sports and Williamson was not voided by the UAAA, as Williamson had already declared for the draft with no intention of returning to college.

By then, the NCAA had passed more lax rules on players’ relationship with agents. Per NCAA rules, players can declare for the draft and associate with agents certified by the NBPA and NCAA while determining whether to jump to the NBA. They can retain their eligibility as long as they sever the relationship with their agent upon returning to college.

Per NOLA.com, Williamson’s lawyers argued Ford filed in Florida to circumvent his original lawsuit against her in North Carolina, “where the case clearly belongs.” Williamson grew up in North Carolina, played college basketball in one of its premier universities and was approached by Prime Sports there as well.

Ford’s legal team also filed another document in federal court on Friday, alleging she wired $ 100,000 to Williamson’s stepfather; in the filing, she alleged Williamson “demanded an immediate contract advance” upon signing his Prime Sports contract.

Per Daniel Wallach (a game law and sports betting attorney, as well as legal analyst for The Athletic):

Ex-agent says she wired $ 100,000 to Zion Williamson’s stepfather’s bank account “within days after” he entered into the exclusive marketing agreement. She says that Zion had demanded “an immediate contract advance” upon signing the contract. pic.twitter.com/5LzFQHTbS1

On Sept. 27, 2019, Williamson’s lawyers filed two suits against Prime Sports: One in the 11th Circuit Court of Appeals in Miami-Dade County, and one in the U.S. District Court for the Middle District of North Carolina. The first was to dismiss Prime Sport’s case against him; the second was to oppose Ford’s motion of dismissal of Williamson’s original lawsuit.

Both parties’ requests for dismissal of the other’s lawsuits have been denied.

MORE: The NCAA scandals that would be legal under new NIL rules

What do Ford’s interrogatories specifically ask of Williamson?

The interrogatories relate to the residence in which his mother Sharonda Lee and stepfather Lee Anderson lived while Williamson attended Duke (including who owned it, who paid for it and how much it cost). It also asks Williamson’s knowledge about his parents receiving incentives from Duke, Nike and Adidas to influence where he would play college basketball.

Here is the exact language from the interrogatories filed in Miami:

Wallach claimed Williamson is not under immediate legal obligation to answer Ford’s questions.

Zion Williamson will NOT have to answer those requests for admission or interrogatories. At least not for several months. They were filed in a Florida lawsuit that is on hold against him while he challenges personal jurisdiction on appeal. He’s under no obligation to answer them.

Willie Gary, Ford’s lead attorney in her suit against Williamson, didn’t offer a clear answer to a question by The Athletic asking if his team had evidence that Williamson — or anyone asking on his behalf — received impermissible benefits.

“We have ideas, opinions and some leads of our own,’’ Gary told The Athletic. “We are looking for information to support our case. This is what we want to know.”

Gary confirmed some of the information he mentioned comes from public hearings — including lawyer Michael Avenatti, who in August alleged two men in charge of Nike’s Elite Youth Basketball League discussed with a Nike executive paying Zion Williamson $ 35,000 he was still in high school. Avenatti was later convicted of trying to extort Nike.

A spokesman for Jeffrey Klein, Williamson’s lawyer, pointed to a September 2019 statement from Duke when reached by The Athletic:

“As soon as Duke was made aware of any allegation that might have affected Zion Williamson’s eligibility, we conducted a thorough and objective investigation which was directed by individuals outside the athletics department,” Duke spokesman Michael Schoenfeld wrote then. “We found no evidence to support any allegation. Zion thrived as both a student and an athlete at Duke, and always conducted himself with integrity and purpose.”

Ford, when contacted by The Athletic and asked whether she was involved in providing any impermissible benefits to Williamson, said, “No, no, no. Definitely not me, 100 percent.’’

MORE: Clearing up the biggest misconceptions about new NIL rules

If Zion Williamson received impermissible benefits, why would it affect his suit?

Here is how Ford’s interrogatories come into play: If Ford can prove Williamson received payment and/or benefits before or during his time at Duke, he would no longer be protected under UAAA — the entire basis of Williamson’s suit against Prime Sports — making it much easier for Ford to win her countersuit.

“It doesn’t matter when the contract is entered into. If you’re no longer a student-athlete, the rules of the NCAA no longer apply,’’ Ford’s attorney Larry Strauss told The Athletic. “The nuance is that this does not just apply to him. Any third party that acted as an agent, his parent or handlers, all of their actions can also affect eligibility.’’

The interrogatories filed in Miami serve as precursors to a deposition in Prime Sport’s lawsuit. Strauss said his team hopes to begin depositions by the end of May or early June, per The Athletic. Gary said his team “will leave no stone unturned” in trying to find relevant parties to Williamson’s recruitment to Duke. That includes his parents and, potentially, Duke coach Mike Krzyzewski.

Former Louisiana-Monroe basketball player Cedriquze Johnson was the initial mediary between Williamson and Ford — he reportedly introduced them. Johnson, who claims to have known Williamson since the latter was a junior in high school, also filed a suit against Ford in March, claiming he was promised a 5 percent cut for his work.

Johnson’s suit alleges Ford met with Williamson’s family in January 2019, while he was still a student-athlete at Duke. That, Wallach said, would void any contract he signed with Prime Sports under the UAAA.

This was filed last month by a Louisiana man who claims that Gina Ford promised him a 5% cut of the marketing deal for introducing her to Zion Williamson’s family. In my opinion, this is what escalated things. https://t.co/IC1ozUn3o1

It’s worth noting that Johnson and Ford have a shared interest in the latter winning her suit against Williamson. If Williamson’s Prime Sports contract is voided, then Johnson receives nothing. The two are scheduled for mediation later this week, per The Athletic.