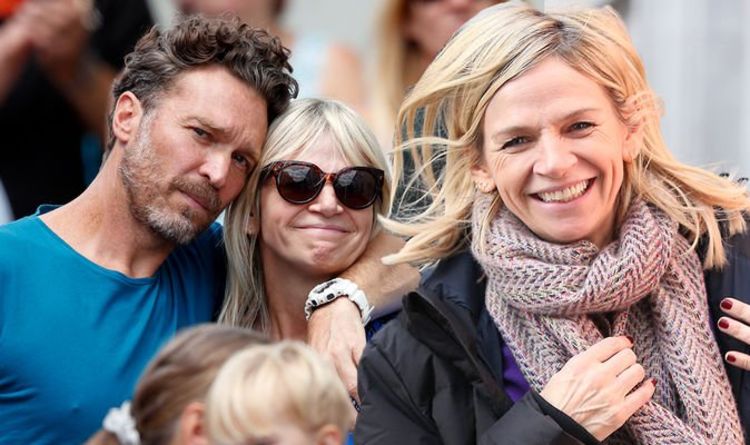 Zoe Ball, 49, is reportedly moving into a stunning country mansion that boasts a swimming pool, tennis court and acres of gardens. The star is currently dating construction boss Michael Reed.

She will count Piers Morgan as a neighbour in the tranquil Sussex village.

Zoe put her cottage in the Sussex village of Ditchling on the market for £1.2 million last year.

On Instagram, the star thanked Smooth Mover Removals for helping her with the move, as she shared a group photo with the employees, boyfriend Michael and her mum Julia.

She also shared that her new home comes complete with a “big vegetable patch” and even a potting shed.

The presenter wrote in the post’s accompanying caption: ‘Major love for this hilarious hardworking crew for moving us today.

An insider told Daily Mail in reference to her new mansion: “It’s much bigger and grander than her former home and will offer her more privacy.”

Back last year the star originally sold her £2.5 million beachfront residence in Brighton before decided to relocate to Sussex.

The couple rekindled their romance after briefly splitting last November.

It was reported they had split in November 2019 after she “grew uncomfortable” with his ambitions “to become a model and actor”.

“She enjoyed her time with Michael but came to the conclusion he wasn’t a keeper, despite him believing they were getting serious,” said a source to The Sun.

“There were certain things she grew uncomfortable with, such as him wanting to become a model and actor.

“Her close circle feared he was using her to enhance his own career.”

A second insider instead suggested that the couple had split up to concentrate on their careers.

“It is very amicable With all Zoe’s had going on with Billy, work and Norman she’s had so much to deal with and sadly a new relationship was too much. They remain friends but she’s happily single and focusing on her kids and work.”

Emily Selleck ‘My 600-lb Life’ star Coliesa McMillian has sadly passed away at the age of 41. She appeared on season eight of the popular...
Read more
Celebrity

“Menu by phonelight .... but worth waiting for,” Eamonn captioned the amusing snap, which he posted online. In the photo, which the ITV star shared...
Read more
Celebrity

Julia Teti Kourtney Kardashian’s personal life has been front and center since the debut episode of ‘KUWTK.’ Now, we’re looking back at her romantic history...
Read more
Celebrity

Julia Teti Selena Gomez opened up to Rolling Stone about her next chapter, saying that after her 2020 album released, she wanted her fans to...
Read more
Celebrity