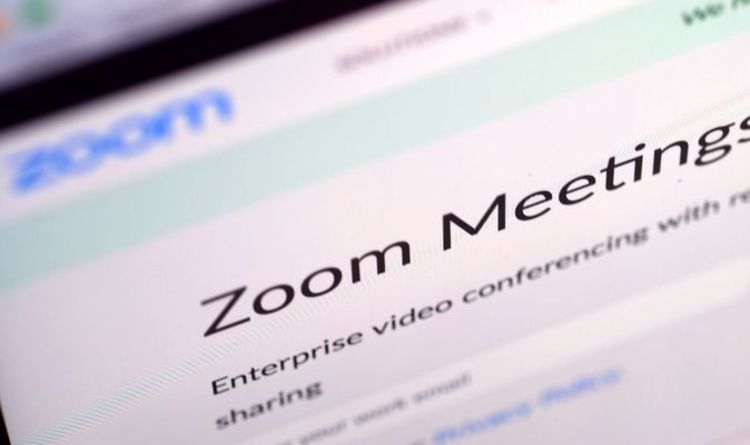 The lawsuit was filed in the District Court for the Northern District of California, with alleged concerns over Zoom’s security and privacy flaws. Zoom share prices fell by 3 percent this morning on concerns over its data-privacy practices and increased competition from deep-pocketed rivals, but are still up 67 percent since the start of the year.

Zoom’s daily users have exploded as the coronavirus pandemic has spread around the world, forcing millions of people to work from home while schools have switched to its online app to hold classes online.

The increase in usage has also exposed security flaws, including a phenomenon called ‘zoombombing’ in which malefactors gatecrash videocalls, seize control of shared screens and post offensive content.

It comes after the German foreign ministry restricted use of the video conferencing service Zoom, saying in an internal memo to employees that security and data protection weaknesses made it too risky to use.

Newspaper Handelsblatt reported that the memo said that since the system was in widespread use among the ministry’s international partners, it was currently impossible to ban its use entirely and that in crises employees could use it on private machines for professional purposes.

The memo read: “Based on media reports and our own findings we have concluded that Zoom’s software has critical weaknesses and serious security and data protection problems.”

Some school districts in the US. have started to ban the app for online learning from home because of growing security concerns, while the New York City Department of Education said teachers should instead work through Microsoft Teams, according to Washington Post.

While analysts believe that many issues, especially those originating from user error, are likely to get solved in the short term, others could remain for some time

Zoom has hired former Facebook security chief Alex Stamos as an adviser and formed an advisory board to improve the video conferencing app’s privacy and security issues amid the global backlash.

Zoom’s CEO, Eric Yuan,  previously apologised as he conceded “we have fallen short of the community’s – and our own – privacy and security expectations.”

This is a developing story.. please refresh for updates