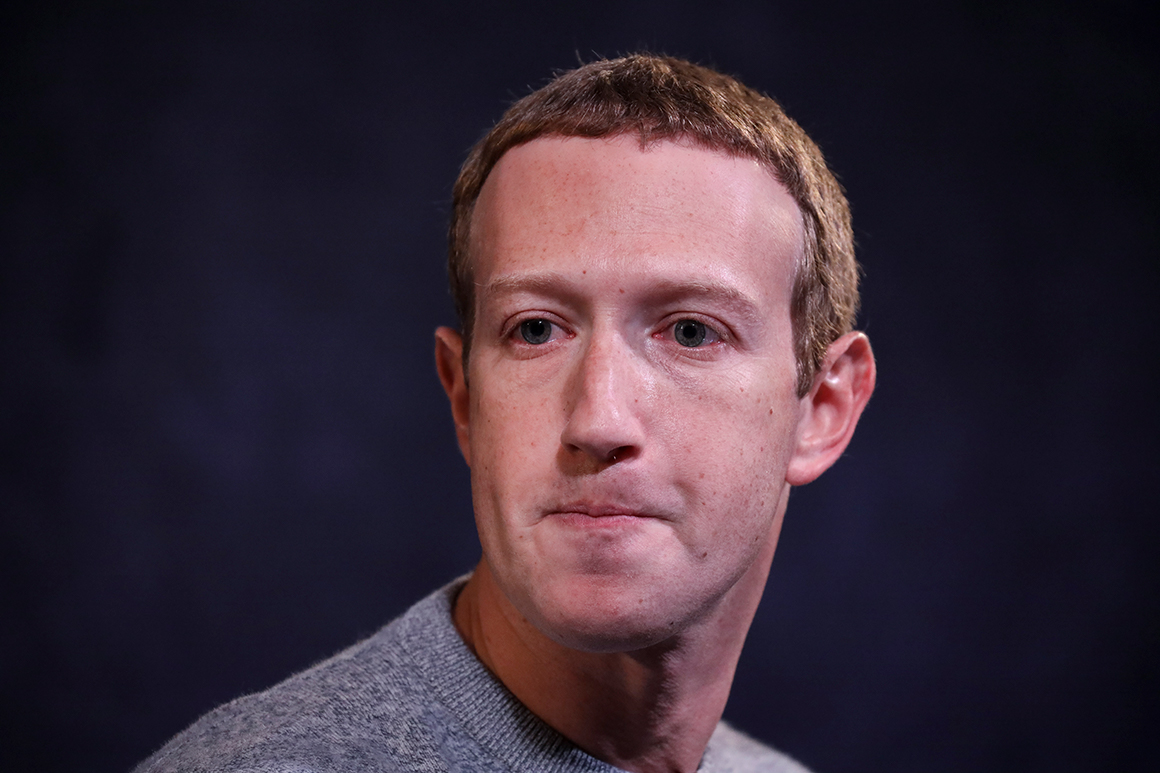 Dorsey responded to Zuckerberg’s remarks in a string of tweets Wednesday evening, imploring Twitter’s critics to “leave our employees out of this.” He also vowed the company would “continue to point out incorrect or disputed information about elections globally” and “admit to and own any mistakes we make” in the process.

“This does not make us an ‘arbiter of truth,’” Dorsey added. “Our intention is to connect the dots of conflicting statements and show the information in dispute so people can judge for themselves. More transparency from us is critical so folks can clearly see the why behind our actions.”

The back-and-forth between the top Silicon Valley executives comes as the president continues to vent sustained outrage over Twitter’s first-of-its-kind intervention on his preferred social media feed, alleging the company is engaged in election interference and stifling free speech.

On Wednesday morning, Trump threatened to “strongly regulate” or altogether shutter prominent social media platforms over Republican claims that they “totally silence conservatives voices.” Public-interest groups and civil liberties advocates say there is no clear evidence to support that assertion.

McEnany agreed Thursday morning with Zuckerberg’s assessment of the role of social media platforms, telling Fox News that “there are two models” for the companies to emulate.

“You have Facebook, and you have Twitter,” she said. “And you have Mark Zuckerberg, who said, ‘It’s not my job to be the arbiter of truth.’ You have that model, and then you have the Dorsey model, which is completely incoherent in the way it’s deployed.”

House Speaker Nancy Pelosi, however, charged Thursday on MSNBC that both Facebook and Twitter “cater to the Trump administration all the time.” She also condemned Zuckerberg’s comments while arguing that Dorsey could do more to curb the president’s online behavior.

“I think that Mark Zuckerberg’s statement was a disgrace. And Twitter, they’re not taking off any accusations the president is making about Joe Scarborough,” Pelosi said, referring to Trump’s suggestion that the MSNBC host murdered a congressional staffer in 2001.

The president has offered no evidence to support the allegation against Scarborough, which has been widely debunked as a conspiracy theory that is not supported by facts.

“They know that’s not true, so they do a token thing and think it’s OK,” Pelosi said of Twitter. “So, again, I don’t know if there’s honor among thieves, but … they only have a business model to make money, not to convey facts. That’s what they’re about.”

Trump’s fury toward social media companies coincides with his similar campaign against mail-in voting ahead of November’s general election. Indeed, it was his false claim online Tuesday that absentee ballots are likely to be “substantially fraudulent” that initially prompted Twitter’s annotation of his posts.

Although election experts acknowledge there are slightly higher levels of voter fraud perpetrated through mail-in voting than in-person voting, they agree overall cases of election fraud are exceedingly rare and that local officials can implement measures to thwart such activity.

A recent study found that, on the whole, voting by mail does not benefit one party over another. The most high-profile, recent example of mail-in voter fraud came in 2019, when an election for a North Carolina House seat was tossed out after a Republican operative illegally collected ballots.

But the president remained adamant Thursday afternoon regarding his opinion of mail-in voting, again challenging Twitter over the issue and singling out one of its employees: Yoel Roth, the company’s head of site integrity.

“So ridiculous to see Twitter trying to make the case that Mail-In Ballots are not subject to FRAUD,” Trump tweeted. “How stupid, there are examples, & cases, all over the place. Our election process will become badly tainted & a laughingstock all over the World. Tell that to your hater @yoyoel.”