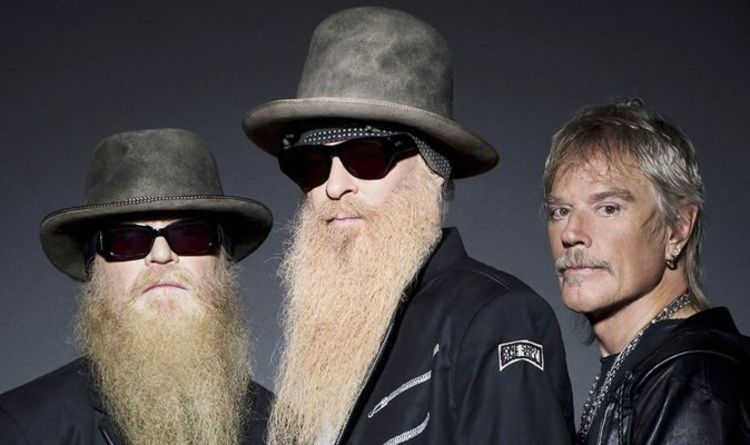 This year marks 50 years since ZZ Top formed as trio Billy Gibbons, Dusty Hill and Frank Beard. Half a century later, and the iconic rock band have sold over 50 million albums worldwide and show no sign of stopping. In an exclusive interview with Express.co.uk, Gibbons revealed that even after all this time the band rarely fall out, but they do like to tease each other.

The 70-year-old said: “It’s unusual. We don’t really have time to argue, ‘cause we’re so caught up trying to figure out who’s going to make the first musical mistake [laughs].”

“That is what has made it so interesting throughout the decades.

“We’ve really come to the point [where] the one thing we agree, we three, [is] still enjoying getting to do what we get to do.

“And once we hit the stage it’s always with a grin and again, it’s not about who’s going to make the first mistake, it’s about how we’re going to get out of it! [laughs].”

The last time ZZ Top made a studio album was in 2012 with La Futura. Since then, Gibbons has released his first two solo records, with the latest being 2018’s The Big Bad Blues.

Nevertheless, the trio are now gearing up to work on what will be their sixteenth studio album together.

As usual, ZZ Top have been jamming at their favourite hang out down in Houston, Texas.

Gibbons said: “It’s called Foam Box recordings [and] where we get to gather and try out a few new things.”

The ZZ Top star added: “So it’ll be coming up, probably in the next few months I hope. It’s a bit premature for a proper announcement, but it’ll be forthcoming, yeah.”

Meanwhile, a new documentary covering the band’s 50 years together is getting a home release next month.

Titled ZZ Top: That Little Ol’ Band From Texas, the trio feature as talking heads in a host of new interviews.

Gibbons said: “My initial thought was Gee, how do you comprise five decades into 90 minutes? It was quite the challenge.”