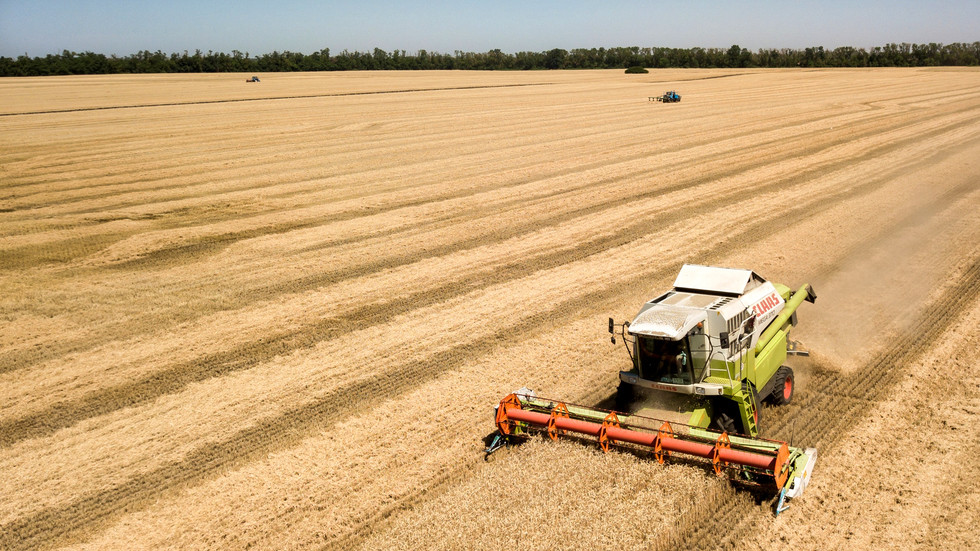 Russia is projected to produce 85 million tons of wheat in the next agricultural season, according to the US Department of Agriculture (USDA). That would make it one of the best harvests in post-Soviet history.

Russian farmers reaped a record wheat harvest of more than 86 million tons in 2017, with the overall production of grains reaching over 135.5 million tons.

The second largest wheat crop was harvested last year. It totaled 85.9 million tons, while production of all grains, including wheat, neared 133.465 million tons, according to Russia’s Federal State Statistics Service.
Also on rt.com 3 kilo per person: Russians projected to eat record amount of ice cream in 2021
However, the numbers slightly differ from those published by the USDA, which had previously reported that Russia had secured a wheat crop of some 85.2 million tons in 2017, and 85.35 million tons in 2020.

“Stocks in Russia are forecast to expand the most as the government continues to implement export tax measures despite another bumper crop,” the USDA said in its report.