Thug life. Slug life. Thudge life. Sludge Life. It’s a pretty simple A-to-B transition when you really look at it. Okay, it’s not. At all. But you try and open a review for a game like this… and what is there to say? Sludge Life is a game where you do stuff. Exist at your own pace.

In this game, you — as Marge Simpson would say — graffito-tag public property. Entering an open-world space known as Glug that’s big enough to hide plenty of nooks and crannies but compact enough not to be a pain to traverse, you comb the area for spots to tag, using a handheld camera to scope them out, then make your way to them and hit ‘Y’ to make your mark.

It’s all very lackadaisical – just vibing, you could call it. There’s a fascinating Liquid Television/early MTV energy to Sludge Life as you explore its first-person environment, replete with understated though often crude humour. The bulk of the gameplay is essentially parkour/platforming, as you’ll spot a prime piece of blank space for tagging and need to make your way over to it by clambering across the scenery. You’re able to clamber up the side of surfaces that you can’t quite reach with a single jump, but this leads to the game’s only major flaw – the visuals used to communicate certain mechanics feel inconsistent. 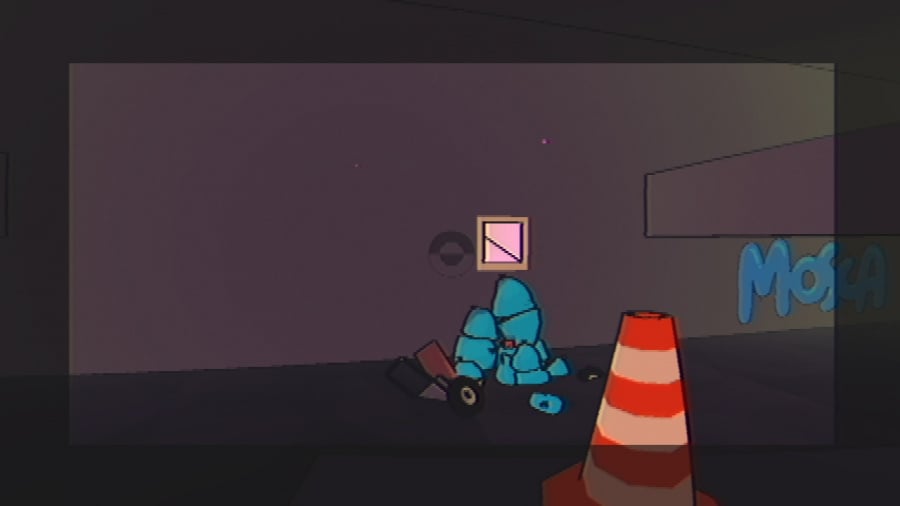 Jumps you’re sure you can make turn out to be inexplicably unmanageable as you can’t “mantle” the ledge in question. There’s also confusion between which objects can be climbed like ladders and which cannot. It’s irritating, but not a game-killer because the consequences of falling are never critical. Still, making another attempt to climb because it wasn’t clear what was or wasn’t a viable route is more than a little annoying.

And, honestly, that’s all we’ve got in terms of major gameplay problems. Besides that hiccup, ambulating around the chilled-out world of Sludge Life is a bit of a joy. It helps that the game’s performance on Switch is marvellous. It’s a smooth 30 frames per second, but for some reason it feels more. We’re not sure if it’s a side-effect of the stylised, fuzzy visuals, but the end result is a game that feels superior to many of the first-person titles we’ve tested on the Switch. Said strong performance is married to a visually striking game, too. As we mentioned, it’s got intentionally ‘sketchy’ and ill-defined edges, which rather deftly side-step your usual “good/bad graphics” argument.

Sludge Life is populated with bizarre characters, each of which have some sort of comment or anecdote that almost always pays off with a nearby sight gag of varying quality and cleverness. It draws you in despite a relatively limited set of interactions, thanks to a world that manages to genuinely feel lived-in and somewhat vibrant. While it’s all a bit grim thanks to in-universe ugliness — mutants, misfits and a predilection for toilet humour — it also feels warm, welcoming and downright cosy at times. It’s just you and your spray can against the world, so to speak, and you’re left to figure out how to reach each of the 100 tagging spots yourself, which feels tremendously liberating. 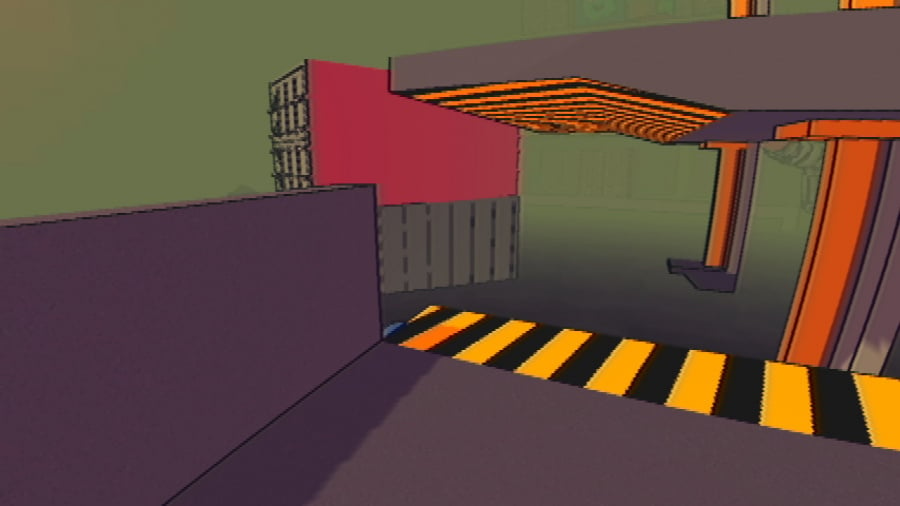 This looseness extends to the game’s treatment of its own tropes. When you stop using an item, you callously hurl it away, where it comes to rest in the game’s world only to respawn in your hands when you need it again. The pause menu brings up a laptop which is then tossed aside, and every use of your camera ends with it being yeeted. It seems to suggest that things are disposable, throwaway, and to some extent that’s very much the case. The world of Glug is relentlessly corrupt, a seemingly-inescapable world in permanent stasis. If nothing matters, why should your camera? Why should your UI?

This review only really scratches the very surface of Sludge Life, because it’s a short game at roughly two hours and to give away its gags is to give away its appeal. But crucially, the appeal is there. While it’s not entirely accurate to describe it as a ‘walking simulator’, it is one of the best atmospheric titles we’ve played, where the stakes are reasonably low and you effectively make your own fun.

Exploring Sludge Life’s perfectly-sized world simply doesn’t get old and the game runs well enough to make you forget about its occasionally-finicky first-person platforming sections. There’s plenty to see and do, find and utilise, and multiple endings to seek out. It won’t outstay its welcome and we’ve got no doubt you’ll want to return to Sludge Life just to vibe inside its fascinating little world again — when it’s done, you won’t feel like you’ve seen enough quite yet. It’s certainly not perfect but it’s a life, alright, and an enjoyable one.

- Advertisement -
Share
Facebook
Twitter
Pinterest
WhatsApp
Previous articleMore Virgin Media customers will get a massive broadband speed boost this year
Next articleThe Pandemic in the U.S. Has Vastly Improved. For These Families, the Worst Has Just Begun.
- Advertisement -