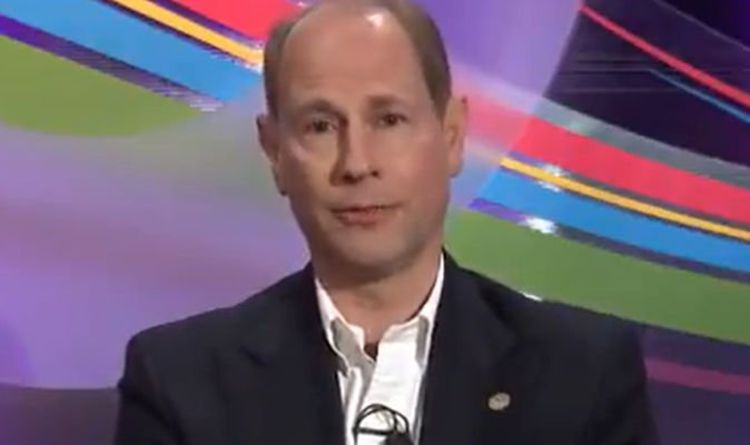 The analyst said: “There’s something endearingly warm and low-status about Edward’s body language in this clip.

“Listen to his enthusiastic intonation and his accent, which sounds far less in the RP or Queen’s English style than most other royals, making him sound very different to his parents and his older brother Charles with their more stylised delivery.”

She added: “He kicks off by projecting that enthusiasm straight away, raising his brows and pulling his arms into his torso, with his top lip curled up at the corners to form a part-smile.

“With his small head-bounces and head tilts, Edward sounds like a friendly teacher or children’s tv presenter.

“His delivery style is akin to a storyteller as though he is keen to engage a younger audience and inspire them rather than to deliver a formal speech.”

Edward shows “humility” in his heartfelt thank you to volunteers, the analyst claimed.