A passion for story telling 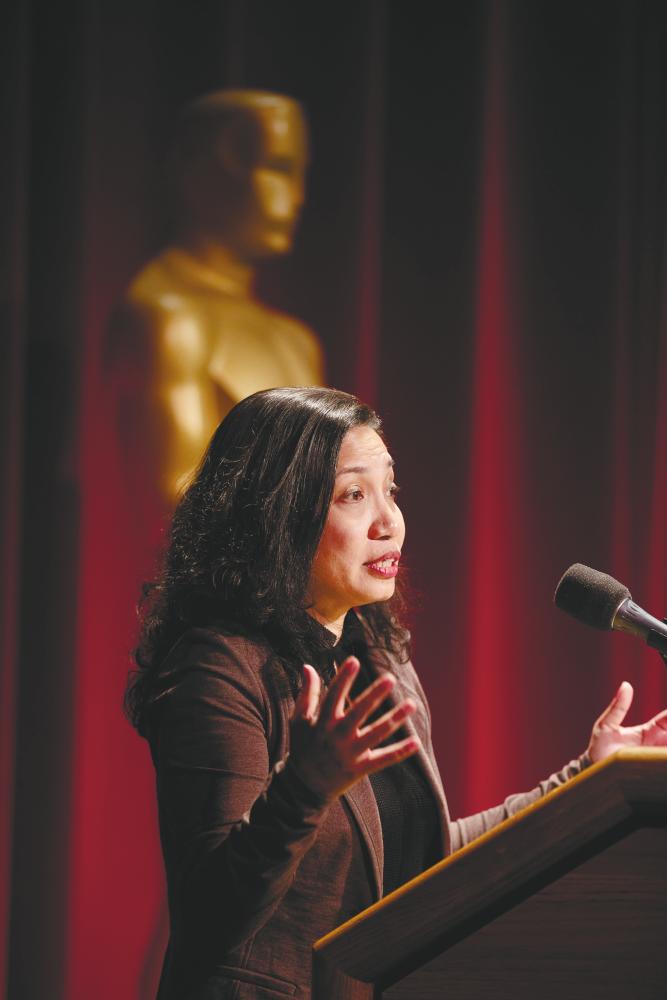 THROUGH sheer perseverance and grit, Renee Pillai became the first Malaysian to win the Academy Nicholl Fellowships in Screenwriting in November 2019, a prestigious screenwriting fellowship programme by the Academy of Motion Picture Arts and Sciences.

Her submission, Boy With Kite, beat out over 7,300 scripts from all over the world. With her US$ 35,000 (RM143,000) prize money and a foot in Hollywood’s door, Renee has achieved what a lot of aspiring Malaysian writers can only dream of.

What do you think attracted the Academy to your screenplay?

“The Academy has always said what it looks for is good stories, plain and simple. This has been their yardstick, I think. If you look at the Oscars, the Academy Nicholl Fellowship, and the Student Academy Awards, you might notice that there is one similarity between them all – a focus on storytelling.

“Personally, though, I can’t even begin to imagine what might have attracted the Academy to my screenplay. It had 1-in-over-7,000 odds, that’s all I knew.

“But I have since been told by Academy members that they found the piece to be very human. They couldn’t tell the writer’s gender, age, creed or colour, their social class or education. And it didn’t matter because the work connected with them emotionally – it engaged them, made them care.

“And that was probably the most gratifying thing to hear – because that’s what I want to do with my stories – to connect, to share and to communicate. It really is a two-way street. Otherwise, why tell stories? Why make films? If you’re doing it to satisfy yourself, if you don’t care about your audience, if you don’t try to connect with them, you might as well sing in the shower. Alone.”

Since you taught yourself how to write a screenplay, what did you study back in the day?

“I studied law. I know there have been many lawyers who went on to be writers. There’s John Grisham. And Harper Lee who wrote To Kill A Mockingbird. She also studied law, as did Franz Kafka. And Tan Twan Eng who wrote The Garden of Evening Mists.

“Remember that thing Edison said? Something about 1% inspiration, 99% perspiration? Maybe there’s something there because writing isn’t just about sitting down and writing. It’s about finding your story, having something to say, honing your voice.

“And also research. Research is paramount for building a foundation that’s strong enough to support your imagination. So perhaps legal training helped when it came to studying. But everything else – the emotion, the care, and the life you have to breathe into your story … I’m not entirely sure any schooling can give you that.

“Having said that, and while I may not be speaking from experience, I think film schools and screenwriting classes are necessary. I believe education – as a whole – is imperative! My dad tells me this all the time: ‘You must keep learning until your last day on earth. If not, your brain’s already gone, you just don’t know it yet’.”

What was your most valuable resource in learning how to write a screenplay?

“Movies! And reading screenplays! Movies because if you’re entering that industry, if you want to compete in that field, then you better know as much as you can about it. And it helps if you love it.

“Now since I love movies and I love writing – the way to combine the two is through screenwriting. And since I didn’t have the chance to go to film school or take writing classes, the only way I could learn it was by seeing how others did it.

“So I read as many screenplays as I could find – whether online or bought at book sales, and if they were in libraries or book shares, I’d be there too. There’s a place in Hollywood called the Margaret Herrick Library, and it houses, among other items, about 10 million photos and 80,000 screenplays dating back to the 1930s. What a resource, right?

“In fact, Boy With Kite (my winning screenplay) is now a permanent part of that collection as well. It blows my mind!

“Now that I’ve said all this, I realise something! Sure, watching movies and reading screenplays was a massive part of how I learned to write screenplays. But I think to round all that off – is that I wrote. And wrote, and wrote.

“Because learning something but not being able to execute it – what’s the point in that? I needed to bring my stories to life! And the only way to do that was to write and write and write some more.

“That was how I learned to write a screenplay – by doing it. Over and over and over, just creating stories and writing them until I got decent at it. So I think the most valuable resource was passion. Without that passion, that love, it would be so elementary to give up.

“Especially when you have bills to pay, and aren’t sure when your next meal is going to be, and even if these were not problems one was facing, I still believe passion is so extraordinary in anything you do.

“It not only gives you the perseverance to do what needs to be done, but it drives you so you can be better, do better and achieve what might seem like an impossibility.”