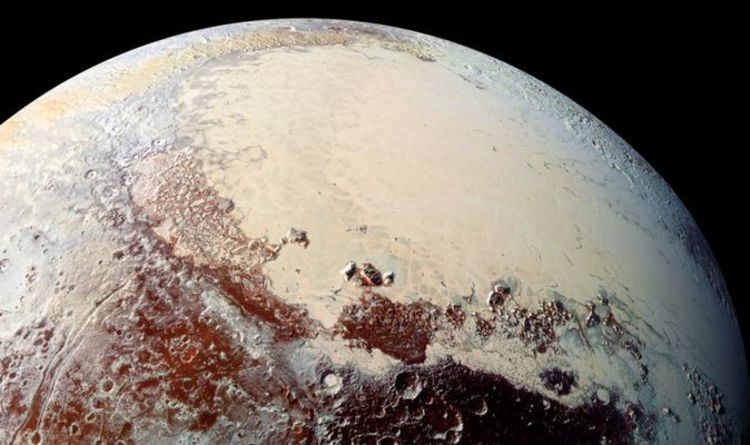 Astronomers gone by had believed that Pluto – which is 39 times farther from the Sun than Earth is – was always an icy celestial object from the moment it formed. The sheer distance from the Sun naturally left astronomers believing it was always a orbiting ice ball. However, new research has found that the dwarf planet Pluto was hot when it first formed.

The study is based on images from NASA‘s New Horizon spacecraft, which reveals there could be liquid water under the 60 kilometre ice sheet, according to the research published in the journal Nature Geoscience.

This would mean there would have been liquid bodies from the dwarf planet’s formation 4.5 billion years ago – the same amount of time life has had to evolve on Earth, according to researchers from University of California Santa Cruz (UCSC).

Scientists believe that radioactive decay deep in Pluto’s interior over millions of years after it first formed would have been warm enough to have kept oceans in liquid form.

Co-author Francis Nimmo, professor of Earth and planetary sciences at UCSC, said: “For a long time people have thought about the thermal evolution of Pluto and the ability of an ocean to survive to the present day.

“Now that we have images of Pluto’s surface from NASA’s New Horizons mission, we can compare what we see with the predictions of different thermal evolution models.

“How Pluto was put together in the first place matters a lot for its thermal evolution.

“If it builds up too slowly, the hot material at the surface radiates energy into space, but if it builds up fast enough the heat gets trapped inside.”