Donald Trump delighted after he hears latest update on 'friend'... 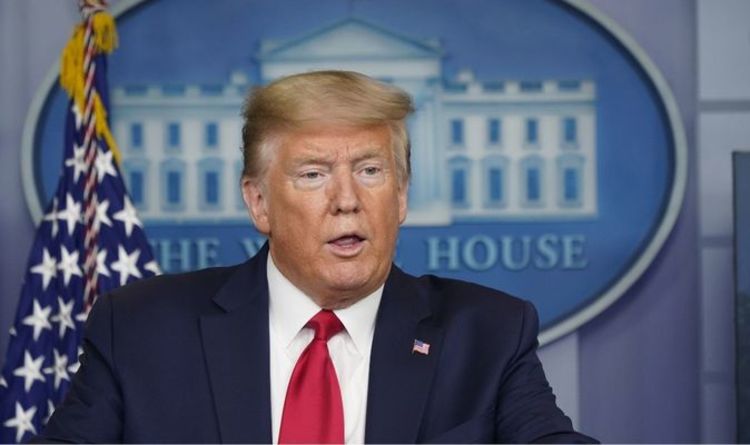 This evening it was announced Boris Johnson had been moved out of intensive care, onto a general ward at St Thomas’ Hospital in central London. US President Donald Trump was quick to respond to the news and wrote on Twitter: “Great News: Prime Minister Boris Johnson has just been moved out of Intensive Care. Get well Boris!!!” Earlier this week the President referred to Mr Johnson as his “good friend”, as he responded to the news the Prime Minister had been moved to intensive care.

On Thursday evening Downing Street announced Mr Johnson’s condition was improving and that he was moved out of intensive care.

A spokesman said: “The Prime Minister has been moved this evening from intensive care back to the ward, where he will receive close monitoring during the early phase of his recovery.”

Mr Johnson was admitted to St Thomas’s Hospital in London on Sunday evening after having a persistent high temperature and cough.

He was then rushed to intensive care just 24 hours later, where he has since spent three nights receiving treatment and under close observation.

The news that the Prime Minister’s condition has improved prompted a flurry of well wishes, with the US President being among the first to mark the good news.

Mr Trump was also quick to respond to the initial news that Mr Johnson’s condition deteriorated on Monday night.

During a coronavirus press briefing at the beginning of the week, Mr Trump described the Prime Minister as a “very good friend of mine” and “a friend to our nation”.

He said: “I want to send best wishes to a very good friend of mine and a friend to our nation, Prime Minister Boris Johnson.