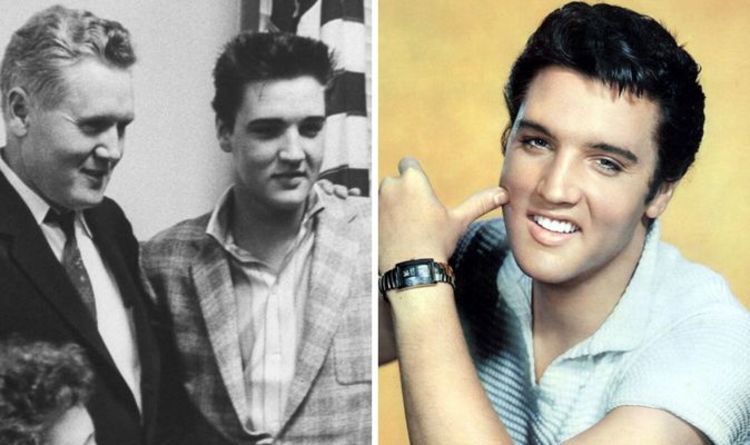 Elvis Presley was born on January 8, 1935 in Tupelo, Mississippi. His mother was Gladys Presley and his father Vernon Presley. Elvis was born just half an hour after his twin, who was stillborn, and the couple weren’t aware Gladys was expecting twins.

During his early years, the future rock ’n’ roll icon developed an incredibly close bond with his mother and was also close to his father.

He started singing at a young age and was gifted his first guitar for his 11th birthday.

In a newly unearthed interview with Good Housekeeper, conducted in 1978, a year after Elvis’ death Vernon opened up about his famous son’s childhood, his talents and the grief of losing his twin Jesse Garon Presley.

Reflecting on Elvis’ younger years, Vernon said there was one terrifying instance when he was struck down with severe tonsillitis and he and Gladys thought they would lose their only living son.

“There was a terrible day when Elvis was about six years old,” he said. “He had developed acute tonsillitis with such high fever, he was on the verge of convulsions.

“Gladys and I were afraid that we were going to lose him.

“Even our doctor admitted that it was hopeless,” Vernon recounted. “’I can’t do anything else’, he told us. ‘Maybe you should call another doctor’.

“That, in effect, is what we did, because my wife and I turned in prayer to the greatest healer of all, God.”

Vernon went on to say he didn’t mean he knew Elvis would be famous, telling the publication: “A person doesn’t have to be a singer or a movie star or a president to fill an important role in the world.

“I only knew that Elvis had a contribution to make one way or another, that the Lord seemed to have His hand on him.”

Elvis’ father also explained how he felt, throughout Elvis’ life, that he and Gladys had been given a child for whom God had “special plans”.

Looking back on losing Elvis’ twin at birth, he said: “Of course, Elvis and I both wondered, over the years, whether his life would have been drastically different had his brother lived.