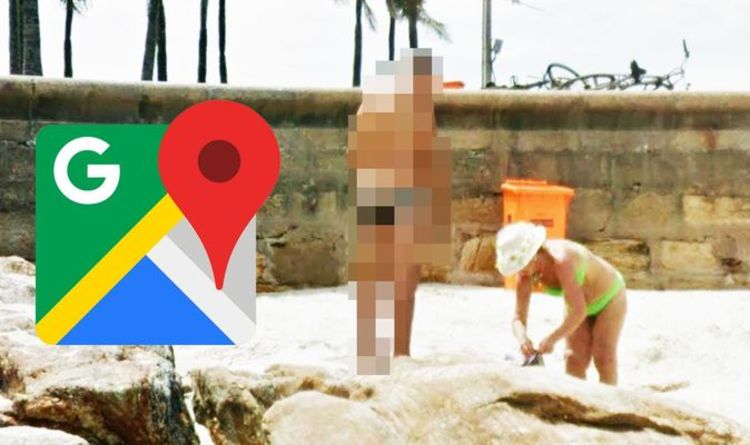 It appears to be a relatively quiet road, with no-one else in sight – just clear blue skies and lots of greenery.

Amid the peace and tranquility, stands one woman in an all-black ensemble as she appears next to a bush on the deserted road.

On closer examination, it appears as though the woman is reaching around the back of her mini black dress to pull out a wedgie.

The woman’s face cannot be seen on camera, so luckily her identity has been hidden.