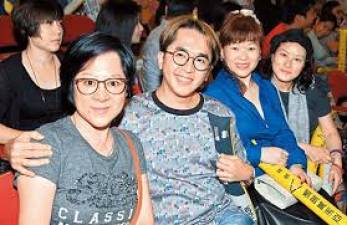 WHILE former TVB actor Johnny Tang may have been out of the limelight for the better part of a decade, his name recently cropped up again following news about his well-organised relationship with three girlfriends.

The 53-year-old actor, who was a household name in the early 2000s with roles in Colourful Life and Virtues of Harmony I and II, had been in a polyamorous relationship for many years with women known as his “three wives”, Carmen, Cherry and Claire.

Of the three, the still-unmarried Tang has been with Carmen the longest, clocking in at 20 years together.

Recently however, it was revealed that he and Claire had amicably decided to separate, but instead of soldiering on with just two girlfriends, he immediately found a third woman (as yet unnamed) to take her place.

In order to keep his three girlfriends happy, Tang developed a system to allocate time between them. Every week, he would spend two days with each of the women, and the seventh day would be reserved for himself. A friend revealed that the girlfriend can decide if she wants to share her allocated day with the other two women. If she doesn’t mind, they could have dinner together.

All three women live nearby Tang in the wealthy Wan Chai district of Hong Kong, to make it easier for him to see them.

According to a friend close to him, Tang thinks it’s a hassle to get married. “He said if he gets married to one of his girlfriends, the other two will be unhappy,” the friend explained.