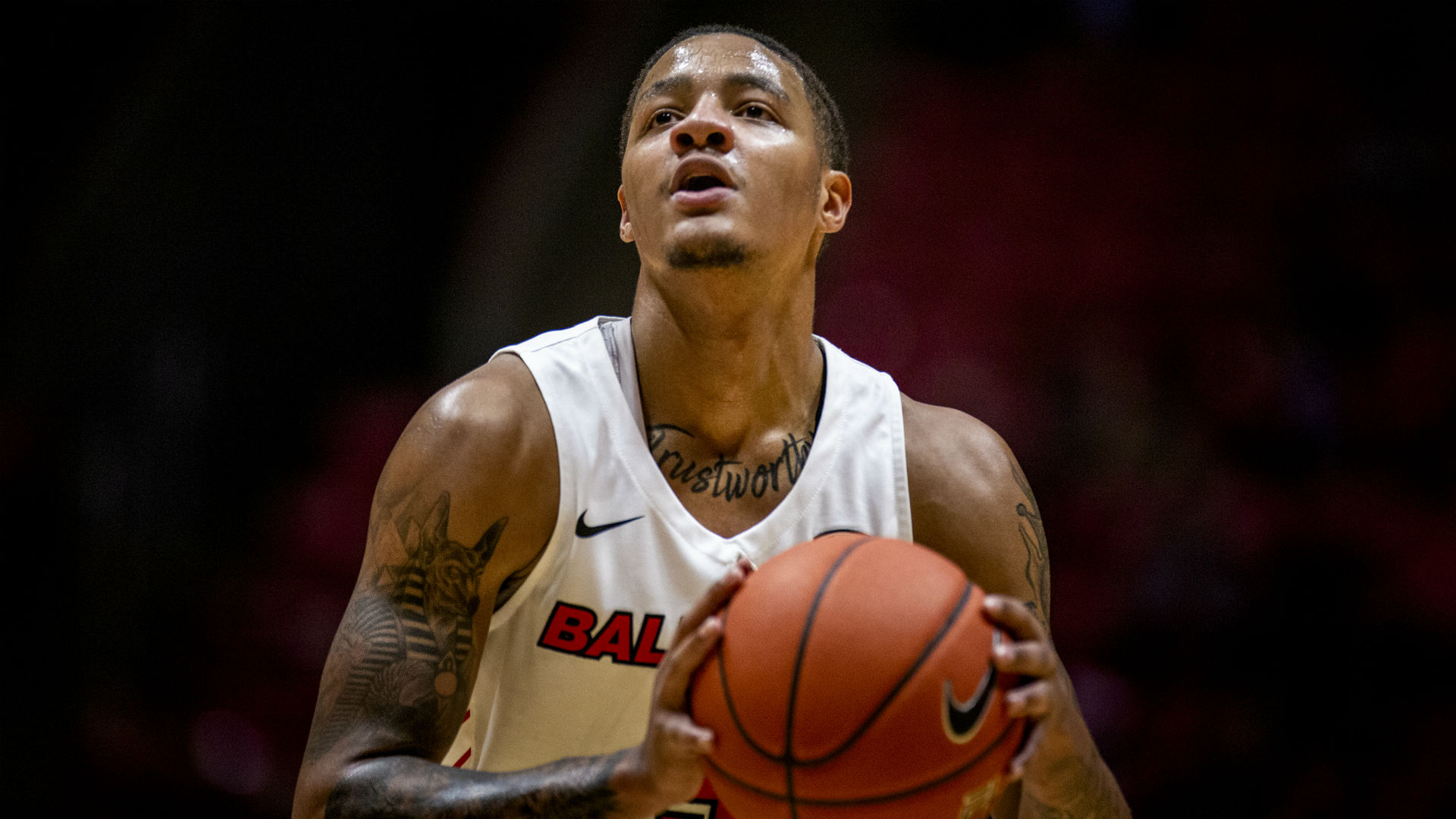 Ishmael El-Amin has been around long enough to have learned the names of so many men whose memories became the foundation of the Black Lives Matter movement: Eric Garner, Trayvon Martin, Freddie Gray, Walter Scott.

He admits, though, the death of George Floyd a week ago struck him even closer to home. Because El-Amin knows the street where Floyd was prone, his face forced to the gutter, a police officer’s knee pressed hard against his neck for nearly nine minutes.

“I grew up not too far from the place he died. My grandmother lived a couple blocks away from there,” El-Amin told Sporting News. “I have family that lives over there, on that side of town. It was important for me to make sure my family was OK, with me not being there to see with my own eyes they are safe. It’s a crazy time in Minneapolis right now.”

A graduate of Hopkins High in Minnetonka, Minn., El-Amin felt compelled to do something positive as he watched what unfolded on the streets of nearly every American city last weekend, the protests that were launched in response to Floyd’s death at the hands of Minneapolis police. El-Amin is a 6-1 senior guard for the Ball State Cardinals, the leading scorer among those scheduled to return for 2020-21, prominent because of his performance and also because his father, Khalid, put the El-Amin name in the national spotlight with Connecticut’s memorable NCAA championship run in 1999.

So he has arranged what he stresses will be a “peaceful protest” on the Ball State campus in Muncie, Ind., Thursday evening. The protest is to begin at 5 p.m. ET in an area between the Shaffer Tower and the David Letterman Communication and Media Building.

“I felt like with the platform I have I could orchestrate a peaceful protest for the community that I’ve be a part of for the past four years and for the school that has welcomed me with open arms,” El-Amin told SN. “I just wanted to show that we’re tired of the injustice that we’ve been receiving, and we won’t sit back and be quiet about it and not speak on it. We deserve change, and we demand it.

In an ordinary year, El-Amin would be preparing for his senior season at Ball State, perhaps fresh off an NCAA Tournament appearance. As we know, 2020 has been anything but ordinary.

The Cardinals finished 18-13 and first in the Mid-American Conference West Division, but the MAC Tournament was canceled along with other uncompleted conference championships and the NCAA Tournament. El-Amin recently returned to working out and playing hoops after the state of Indiana began loosening quarantine restrictions in place for roughly two months.

El-Amin has a more pressing issue facing him at the moment, however. He originally intended the protest gathering to be a day earlier, but a number of recent graduates contacted and asked for a one-day delay so they could return and participate. Ball State University president Geoffrey Mearns contacted El-Amin and asked if he would be welcomed to the protest. El-Amin assured he would.

“This is not just a Ball State thing, for Ball State students. This is for Muncie,” El-Amin said. “I would like the whole Muncie community to be with us on Thursday at 5. I want the whole community to come out and show their faces. I want them to know that even though all this is going on, we can still come together as one for the same goal, the same thing we’ve been looking for over hundreds of years.”

El-Amin’s emphasis on the word “peaceful” — in his tweets promoting the protest and in this conversation — leads naturally to this question: How does he ensure this event remains non-violent when myriad other gatherings in the past week began calmly and, for a variety of reasons, escalated to a variety of disturbances?

OFFICIAL PEACEFUL PROTEST
THIS THURSDAY AT 5pm‼️ Muncie,IN We must be heard and won’t stop until we are ?‼️ BSU BellTower to Muncie City Hall #BlackLivesMatters

“They are 110 percent fully behind us and supportive of us.”

El-Amin said his entire family is still in Minneapolis: his parents, grandparents, five younger siblings between the ages of 11 and 19. He worries about their safety.

“I know for certain what you hear is way scarier than what they’re showing on social media and the news,” he said. “It’s a lot deeper than what people realize when you’re actually in the city.”

The violence that has occurred in his hometown and other cities has become the focus for critics of the movement, whether or not those protesting genuinely are instigating. But El-Amin said it’s not fair to suggest what has occurred has taken the message off course.

“I understand the anger and the fire that people have because they’re frustrated,” El-Amin said. “This has been going on for hundreds of years. And we have tried so many different ways to seek change and for things to be different, and it hasn’t been. So I understand the looting and the rioting; I’m not saying it’s the right thing to do. I’m saying I understand why people have taken those actions.

“I just want to encourage, and I want this peaceful protest to encourage, that we can be heard peacefully, that we don’t need to go to violence and burn things and loot and all these other things that are not going to help us in the long run.

“We can’t protest for two weeks and then be done. No, this is something we have to continue to stress, and we can’t sit back and be comfortable with what the world is.”