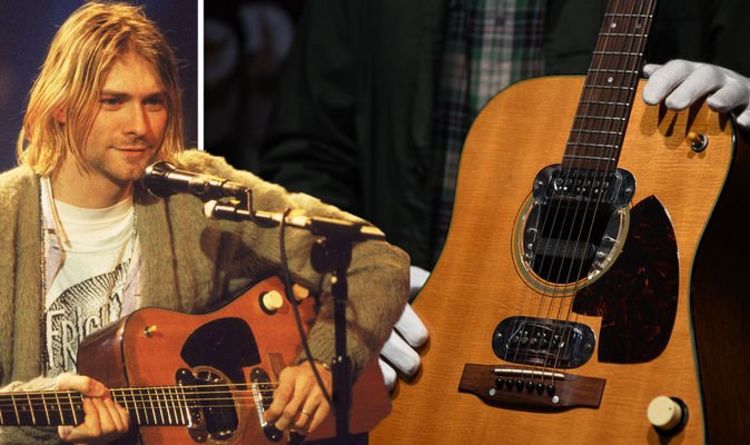 Kurt Cobain sadly died in 1994. Behind him, Cobain left a hefty legacy of grunge rock, which changed the face of music for decades to come. Throughout his relatively short career as the frontman of Nirvana, Cobain found himself in a number of highly-regarded situations.

Perhaps one of Cobain’s most memorable sets was on MTV Unplugged.

MTV Unplugged features huge artists taking their music on an acoustic journey with a live audience.

Over the three decades of the special show a number of artists have graced the stage, including Aerosmith, Sinead O’Connor, and The Cure.

1993 saw Cobain taking on the unplugged version of his set alongside his bandmates, where he covered David Bowie’s hit The Man Who Sold The World.

This week saw an auction sell off a number of Cobain’s historic items, including the acoustic guitar he used during his MTV Unplugged set.

The acoustic-electric 1959 Martin D-18E instrument was last used by Cobain just five months before his death, making it one of the final guitars he played live.

Julien’s Auctions told BBC it was the most expensive guitar ever sold at auction.

Bidding began in Los Angeles this week, and opened at $ 1 million.

Whilst talking to Much Music TV in Canada, Cobain explained the meaning behind the lyrics of his song “Scentless Apprentice”.

Speaking about a book he recently read, he explained: “This perfume apprentice in France at the turn of the century and he’s just disgusted, basically, with all humans and he just can’t get away from humans.

“So he goes on this trek, this walk of death… he goes into the rural areas where there are woods all over the place and small villages… and he only travels by night.

“And every-time he smells a human, like a fire from a far off way, he’ll just get really disgusted and hide.”

ByEuropean shares fell for a third consecutive session on Wednesday. Losses in healthcare and construction stocks went against a lift from positive earnings from...
Read more