Polls show Biden routing Trump. Here's how to read them. 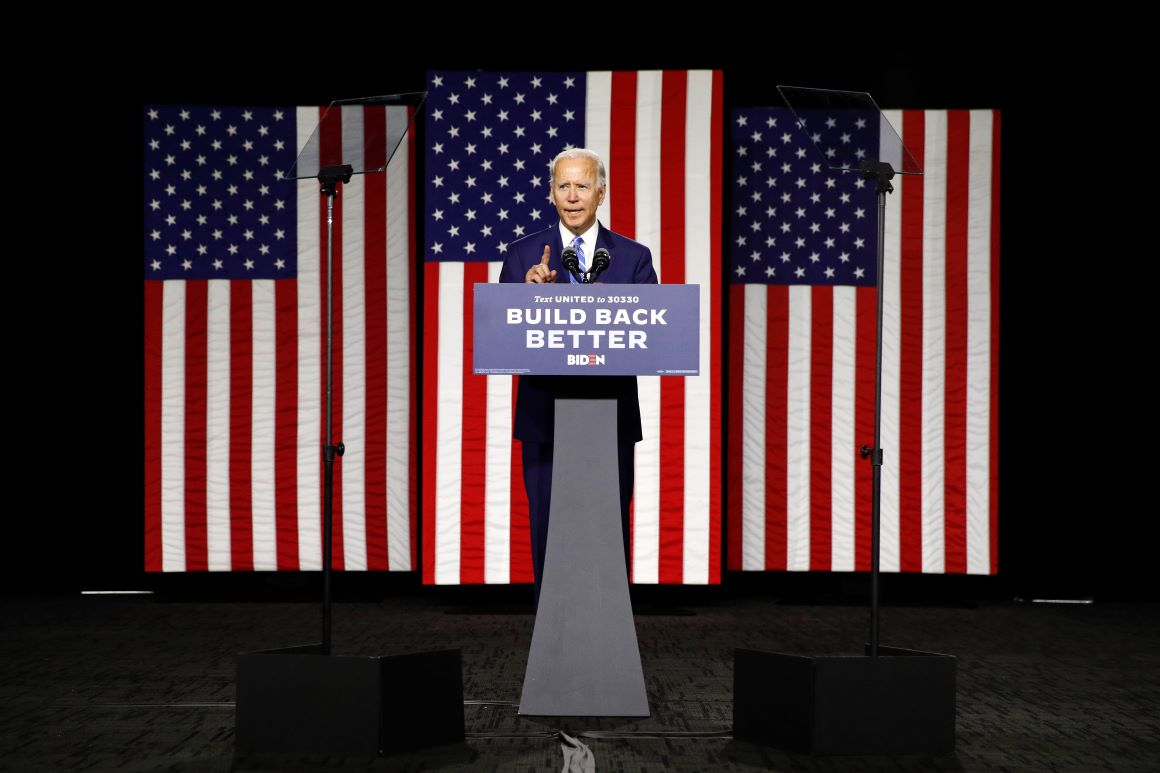 The surveys conducted over the past month put Biden in an enviable, even historic position. He has a greater advantage over the incumbent going into the final few months of the campaign than any challenger since Bill Clinton, who seized the lead in the summer of 1992 after third-party candidate Ross Perot dropped out.

Trump’s poll numbers — so stagnant for the first three years of his presidency — have taken a significant hit as a result of his handling of the coronavirus pandemic. Meanwhile, Biden’s long career has left him fairly defined already, as the Trump campaign has begun a barrage of attacks ads on TV nationally and in swing states. And while Trump voters are more enthusiastic about their candidate, Biden voters are also highly interested in voting — if only to oust Trump from the Oval Office.

Here are four things to know about what the polls show right now:

Prior to the release of the ABC News/Washington Post poll Sunday morning, Biden held a 9-point lead in the RealClearPolitics average — a little lower than the live-caller polls suggest, mostly because of the inclusion of a GOP-friendler result from the automated firm Rasmussen Reports.

Still, that 9-point lead puts Biden in unusually commanding territory for a challenger. Only two challengers who led incumbents at this stage of the campaign — John Kerry in 2004 and Michael Dukakis in 1988 — ended up losing, and each held a smaller lead than Biden’s. (Dukakis would even pad his lead before losing it completely, thanks to a convention bump that receded quickly in August).

For a more recent comparison, Biden’s advantage well outstrips the lead Hillary Clinton had at this point in the 2016 race, when she led Trump by 3 points in the RealClearPolitics average. Clinton’s lead would briefly top out at an 8-point lead in early August, and then again crest to 7 points in the immediate aftermath of the “Access Hollywood” video in October.

Biden is also much closer to earning majority support than Clinton at this point before the last presidential election. As of July 19, 2016, Clinton was only at 44 percent in the RealClearPolitics average, well short of Biden’s 49 percent — and that Biden number is before the ABC News/Washington Post poll with him at 54 percent was added to the average.

Trump’s campaign has disputed the results of public polling, arguing that Trump runs stronger against a “defined” Biden in their internal tests.

But the Trump campaign’s efforts to define Biden with a bombardment of negative advertising, especially in the battleground states, has yet to dent the former vice president.

In a Quinnipiac University poll released last week — one of those to give Biden a double-digit lead over Trump — 45 percent of registered voters had a favorable opinion of Biden, and 43 percent viewed him unfavorably. That was up slightly from 42 percent favorable, 46 percent unfavorable in June.

Similarly, 44 percent of voters surveyed by an NBC News/Wall Street Journal poll last week said they had a positive opinion of Biden, while 46 percent viewed him negatively. That compares to a 37 percent positive, 38 percent negative rating a month earlier, suggesting that Biden is in fact becoming more defined — but it isn’t helping Trump.

It’s all about coronavirus

It’s not a coincidence that all three of the polls out over the past week showing Trump trailing badly also show a marked decline in voter opinions of his response to the coronavirus crisis.

In the Quinnipiac poll, only 35 percent of voters said they approve of Trump’s response to the coronavirus, down from 42 percent a month ago. In the NBC News/Wall Street Journal poll, Trump’s approval on the virus took a similar plunge, going from 43 percent in June to 37 percent in July.

Then there’s the new ABC News/Washington Post poll, which shows Trump’s approval on the coronavirus declining from 45 percent among registered voters in late May to 38 percent in the latest poll.

In all three surveys, disapproval of Trump on the coronavirus — the dominant issue facing the country right now — is around 60 percent. Meanwhile, Trump’s vote share in all three polls is hovering around only 40 percent.

Call it Trump’s Paradox: Even as Trump has fallen farther behind Biden, his supporters are more enthusiastic about his candidacy.

In the ABC News/Washington Post poll, an astounding 94 percent of Trump voters say they are enthusiastic about supporting him — significantly greater than the 79 percent of Biden voters who feel the same way about the presumptive Democratic nominee.

But don’t confuse enthusiasm for a candidate for enthusiasm about voting. Other data suggests Biden’s voters are as motivated as Trump’s — they just aren’t getting their motivation from their candidate.

That interest may not translate into the kinds of off-the-charts, candidate-centric enthusiasm like the boat parades the Trump campaign cites as a sign its standing is better than the public polls suggest. But the enthusiasm working for Biden appears to be just as real.

Heart attack symptoms: Is your toothache a sign of the deadly condition?

ByA blocked coronary artery - blood vessels that supply the heart muscle with blood and oxygen – is the culprit behind a deadly heart...
Read more