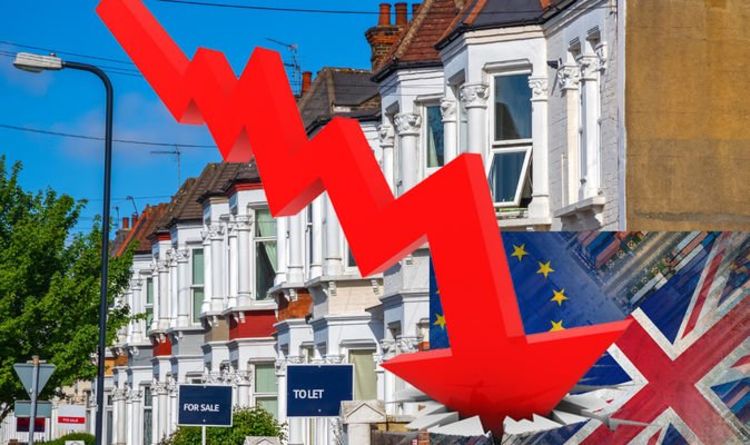 Brexit is due to take place this month and ahead of the UK’s imminent departure from the EU, estate agent comparison site GetAgent.co.uk has looked at where UK home sellers have been forced to take the biggest property price reality check when it comes to the asking and selling price of their home.GetAgent.co.uk pulls data from all of the major portals which they then cross-reference with the Land Registry using proprietary algorithms to create a comprehensive record of what is selling, where, for how much and how long it takes.

When it comes to the asking price sought by UK home sellers, the market has remained firm as a whole, up 7 percent across the UK since the Brexit vote, with actual sold prices up 7.6 percent

However, while the resilience and diversity of the UK market means many areas have remained impervious to the Brexit blues, there has been a notable chill in both asking prices and sold prices in a lot of areas.

The biggest area to feel the winter chill, according to GetAgent.co.uk, is Bradford, the city has seen the biggest asking price drop since the vote took place.

Home sellers in Bradford are having to re-evaluate their price expectations by a huge -35.9 percent to drum up buyer interest.

Waveney in Suffolk has also seen a notable decline, down by -22.4 percent, while the London Borough of Islington takes the third spot with asking prices down by -21 percent.

Founder and CEO of GetAgent.co.uk, Colby Short, said in a statement: “There’s no doubt that Brexit uncertainty has produced perhaps the most erratic property landscape we’ve seen in some years and while there is light at the end of the tunnel, it’s hard to say just how long the tunnel is and if there is indeed an end in sight or not.

“It’s certainly not accurate to say the UK market is down and out and for the vast majority, property prices continue to creep up, albeit at a slower rate than previous years.

“However, there are certainly a notable number of areas in which Brexit has delivered a bit of a knock-out punch for property prices and a real lack of buyer demand is seeing sellers list for a lower sum and sell for even less.

“The proof of UK property is most definitely in the pudding though and once Brexit is behind us, we should see a reversal in fortunes for those feeling the brunt of our current European limbo.”

While home sellers will list at a higher asking price to chance their arm in any market conditions, often resulting in a decline, sold prices have also come tumbling down in a number of areas since the Brexit vote.

Another Suffolk district ranks for the second-largest decline in sold prices, but this time it’s Babergh with a decline of -24.8 percent, while Hertsmere places third, down -20.3 percent.

What does this mean? Home movers were originally skewed towards Remain with 55.1 percent of Compare My Move users hailing from Remain constituencies and 44.88 percent living in Leave constituencies.

This comes as a shock as it was revealed that Boris Johnson’s constituency Uxbridge and South Ruislip saw the largest swing to Remain, with 46.8 percent of movers heading to Remain areas whilst Jeremy Corbyn’s Islington North constituency saw a swing of just 16.73 percent moving from Remain to Leave areas.