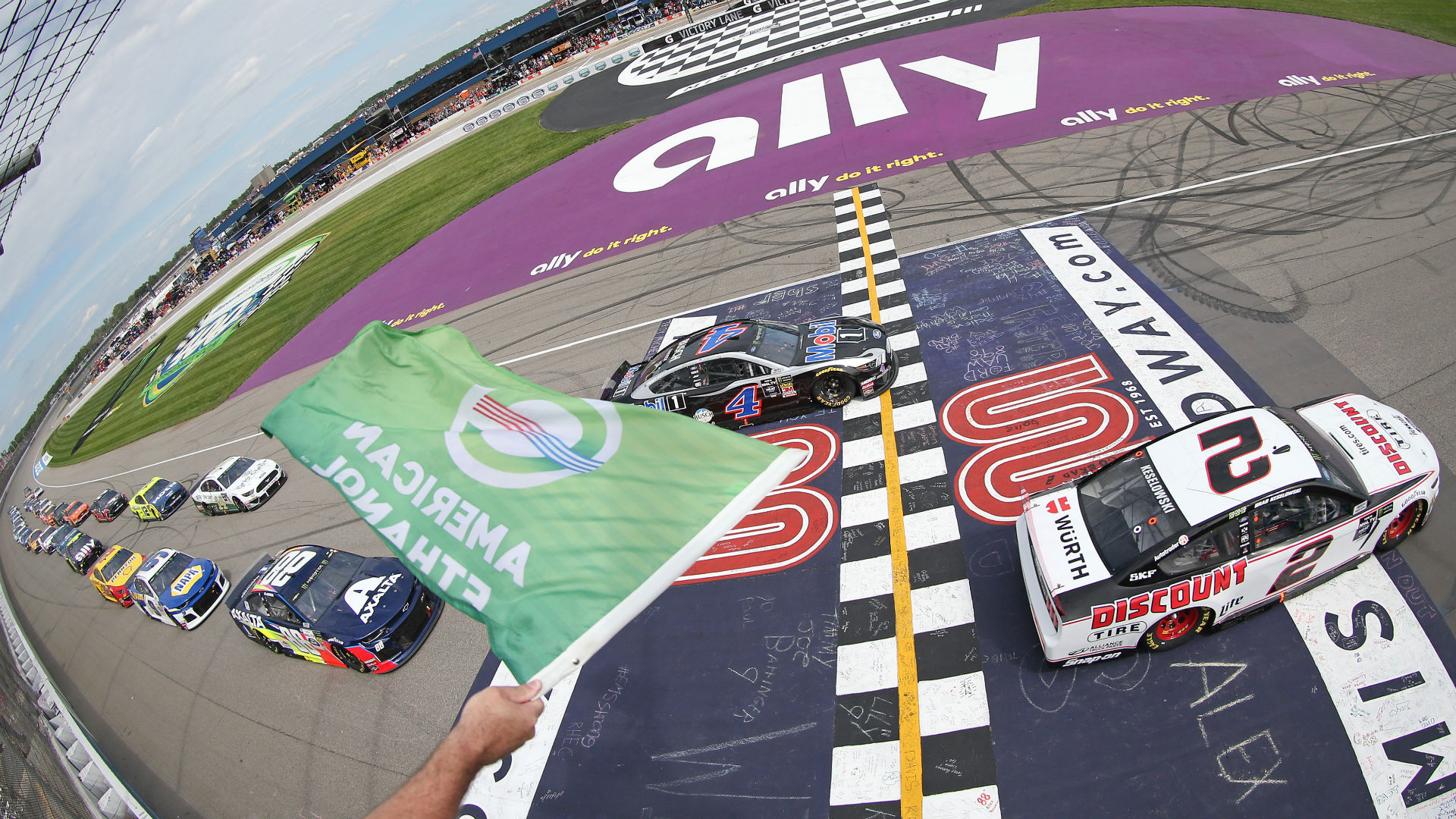 Now that it is part of a Saturday-Sunday doubleheader, the start time for the first NASCAR Cup Series race at Michigan International Speedway this season is much later than originally scheduled. This is what happens when NASCAR has to squeeze two NBCSN broadcasts (including the Xfinity race at Road America) into one afternoon.

Due to the same coronavirus pandemic-related issues that shut down live sports in March, NASCAR created a modified schedule of races for May, June, July and August that continues today at 4 p.m. ET at the two-mile oval located in Brooklyn, Mi. It is the fourth NASCAR Cup Series race scheduled to be shown on NBCSN this season.

Scheduled to take the green flag shortly after 4 p.m. ET, Saturday’s race at Michigan will feature 156 laps for a total of 312 miles, a distance identical to that of Sunday’s second leg in the doubleheader.

Below is all you need to know about the schedule for Saturday’s NASCAR race at Michigan and beyond.

The green flag for Saturday’s NASCAR Cup Series race at Michigan will wave shortly after 4 p.m. ET, assuming there are no rain delays as there have been so often since NASCAR returned to live racing in May.

Though NASCAR will have plenty of time to get the race in with the sun not setting in Brooklyn, Mi., until almost 9 p.m. ET, the relatively late start time for an afternoon race is notable because Michigan International Speedway does not have lights.

Saturday’s race is scheduled for 156 laps around the two-mile oval for a total of 312 miles.

As for Saturday’s NASCAR Cup Series race on NBCSN, the network has a channel finder feature for viewers to find the TV channel options in their areas.

As is the case for all the Cup Series races on NBC and NBCSN this season, Rick Allen will call the race with the assistance of analysts Dale Earnhardt Jr., Jeff Burton and Steve Letarte.

Anybody who has a cable or satellite subscription can stream Saturday’s NASCAR race at Michigan live via NBCSports.com or the NBC Sports app. This should be the preferred route for a viewer who has such a subscription but isn’t able to get in front of his or her TV.

For those who don’t have a cable or satellite subscription, there are five OTT TV streaming options that carry NBC and NBCSN — Sling, Hulu, YouTubeTV, fuboTV and AT&T Now. Of the five, Hulu, YouTubeTV and fuboTV offer free trial options.

NASCAR on July 8 released its latest revised Cup Series schedule through August of 2020. It remains committed to running 36 races, four of which were completed before the COVID-19 pandemic shut down the sports world. NASCAR hopes to keep its 10 playoff races in the fall intact and at their original tracks.

The Pocono doubleheader remained as previously scheduled for the final weekend of June, with the Cup Series racing on back-to-back days. Those races were presented on Fox (and FS1) rather than on NBC. Fox closed its coverage this season with the All-Star Race at Bristol on July 15.

The previously postponed races at Dover and Michigan are now part of Saturday-Sunday doubleheaders at those respective tracks in August.

Because New York requires people to quarantine for 14 days after traveling from one of the states impacted heavily by COVID-19 (including North Carolina), the Watkins Glen race on Aug. 16 was moved to the Daytona road course. According to The Athletic, NASCAR tried to get a quarantine waiver for its Watkins Glen races but was denied by Gov. Andrew Cuomo’s office.

The Aug. 16 race will be the NASCAR Cup Series’ first on the road course at Daytona.