Americans hunt for loopholes to get into Europe 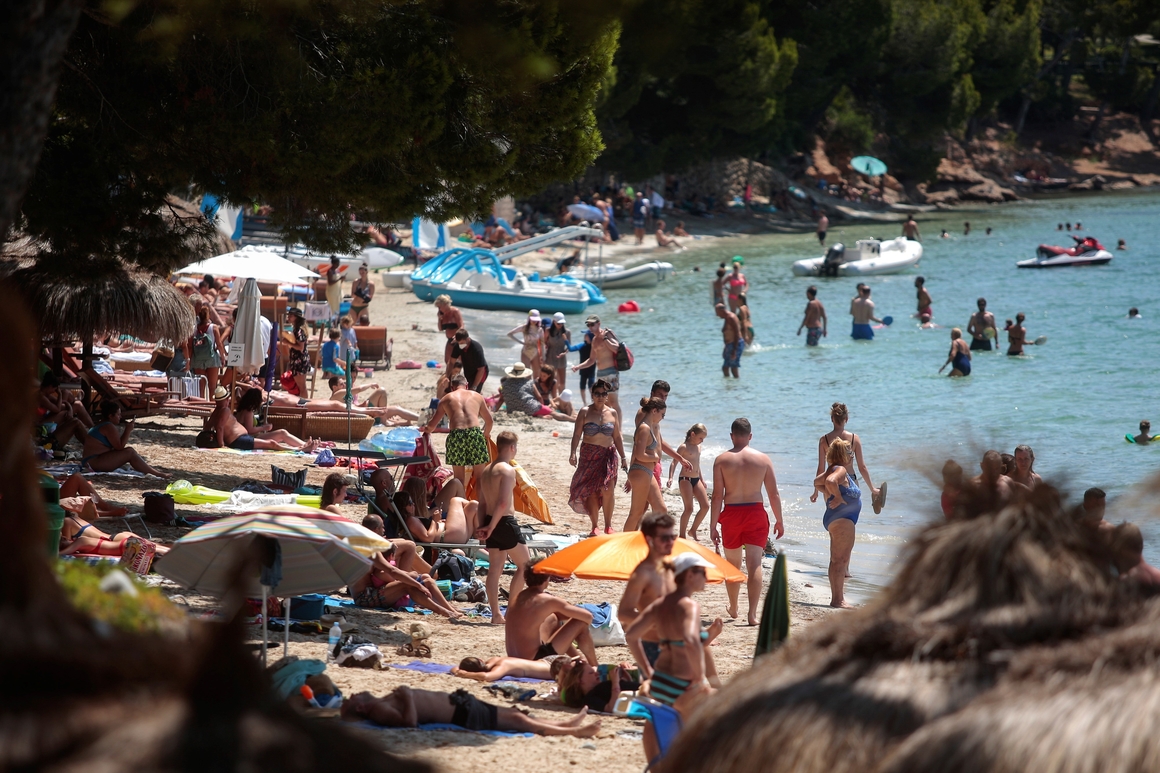 But that sanitary shield is anything but impenetrable — travelers from restricted countries like the U.S. are entering Europe’s 26-country open-border Schengen area thanks to a combination of loopholes, weak quarantine-enforcement rules and diverging national policies.

Some, like the American tourist, get in thanks to unclear rules on arrivals from third countries.

There are other methods. A travel agent working with Americans who want to come to Europe said wealthy holidaymakers are using their contacts to get letters saying they’re traveling on important business to skirt the ban.

National governments and airports are also presenting a mixed picture on their border controls. While some are determining entry based on travelers’ nationalities, others are making the decision based on the country tourists are traveling from.

It means that in some cases people coming from a country on the EU’s restricted travel list can enter the EU via less restrictive third countries like the U.K., which still accepts visitors from the U.S. The Schengen zone is supposed to be open to a dozen countries with infection rates “close to or below the EU average.” The U.S., Russia, Brazil and other high infection countries aren’t on the list.

The tourist from Miami — who preferred to remain anonymous because he was still traveling in Spain — told POLITICO that, despite coming from a COVID hotspot, British authorities did not require him to self-isolate or otherwise bother him during his layover at London’s Heathrow Airport.

Similarly, Spanish officials accepted him as just another visitor from the U.K. when he landed in Barcelona.

“They didn’t question me at all,” the traveler — who subsequently traveled to Valencia and Granada — explained. “I’m not sure why. Nothing in Spain, that was the weirdest part. No checks anywhere. It’s like they didn’t care.”

An official with the Spanish government told POLITICO that he couldn’t comment on individual cases, but the country had a system of airport checks to identify at-risk travelers.

However, he also conceded that his own countrymen took advantage of loopholes to travel within Europe, and that he knew of people who had skirted the two-week quarantine rule that the U.K. has imposed on travelers from Spain by flying to Paris and then taking the Eurostar to London.

“If you come on the train from France they don’t care where you’re from,” he said.

In Ireland, where Americans can travel but must self-isolate for two weeks, the government has faced pressure to increase enforcement after several reports of U.S. tourists flouting the rules.

This state may determine whether any state can fully reopen safely.

National governments are also giving contradictory information on who is allowed into their country.

A spokesperson for Germany’s interior ministry said restrictions are based on departure country, not nationality, and that people traveling from Ireland would not be restricted from entering Germany.

A Dublin Airport spokesperson said that all that is required to fly out of the country is a “valid boarding pass.”

But the Dutch government said that their border requirements are based on nationality, and that American tourists would not be allowed entry even if they came from a third country.

“Wealthy Americans are using their contacts to get letters saying they’re coming on important or official business,” explained a travel agent who asked to not be named; most countries make allowances for people from high infection countries to enter if they have a good reason for coming.

Local contacts in Europe write letters saying that the Americans are coming to make an investment “or they have other important business that can’t wait until the pandemic passes.”

“I have seen it happen,” she said, referring to a client who obtained such a letter.

With a letter like that, the American can get permission from the consulate to travel, although they will still be required to adhere to local rules, such as a fresh, negative coronavirus test.

The European Union has tried to coordinate a European response to borders, with the Council regularly updating its safe list, but borders remain the competency of national governments.

A spokesperson for the European Commission said via email that Brussels has “repeatedly” called on governments to ensure a coordinated approach to implementing and lifting the travel restrictions. The EU is monitoring responses from national capitals, and will continue to do so through August.

Sergio Carrera, head of the Justice and Home Affairs Program at the Centre for European Policy Studies, put it a bit more bluntly, describing the current system as a “mess,” with travel restrictions being based more on political ties and reciprocal agreements than on health concerns.

But he argued that while some people find workarounds or exploit loopholes to enter a country from which they’re barred, many with “legitimate” reasons to travel have found the restrictions a painful experience.

“There may not be people who abide by the rules. The majority of people do,” he said.“How it’s affected certain groups in society, whether it’s on refugee status, people seeking asylum, people looking for international protection, people living on borders: all these restrictions have made their lives very difficult.”