As Businesses Reopen, A Fight Is Brewing Over Worker Safety... 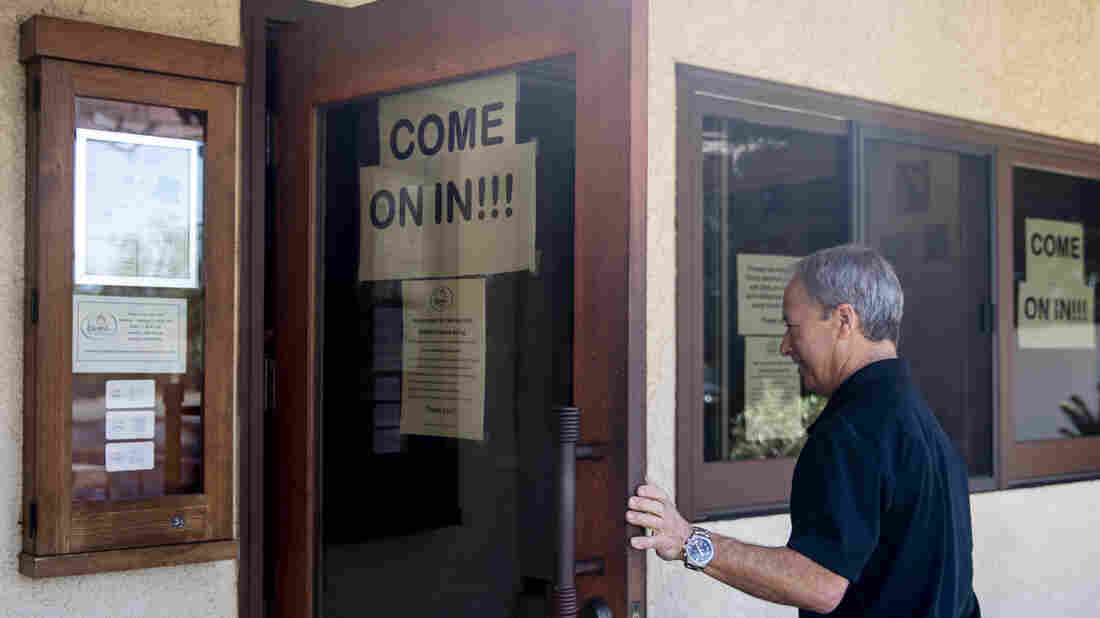 Fume Bistro owner Terry Letson enters his restaurant in Napa, Calif., on Tuesday. A handful of businesses in Napa have made the decision to begin reopening their dining rooms with occupancy limits Jessica Christian/The San Francisco Chronicle via Getty Images hide caption 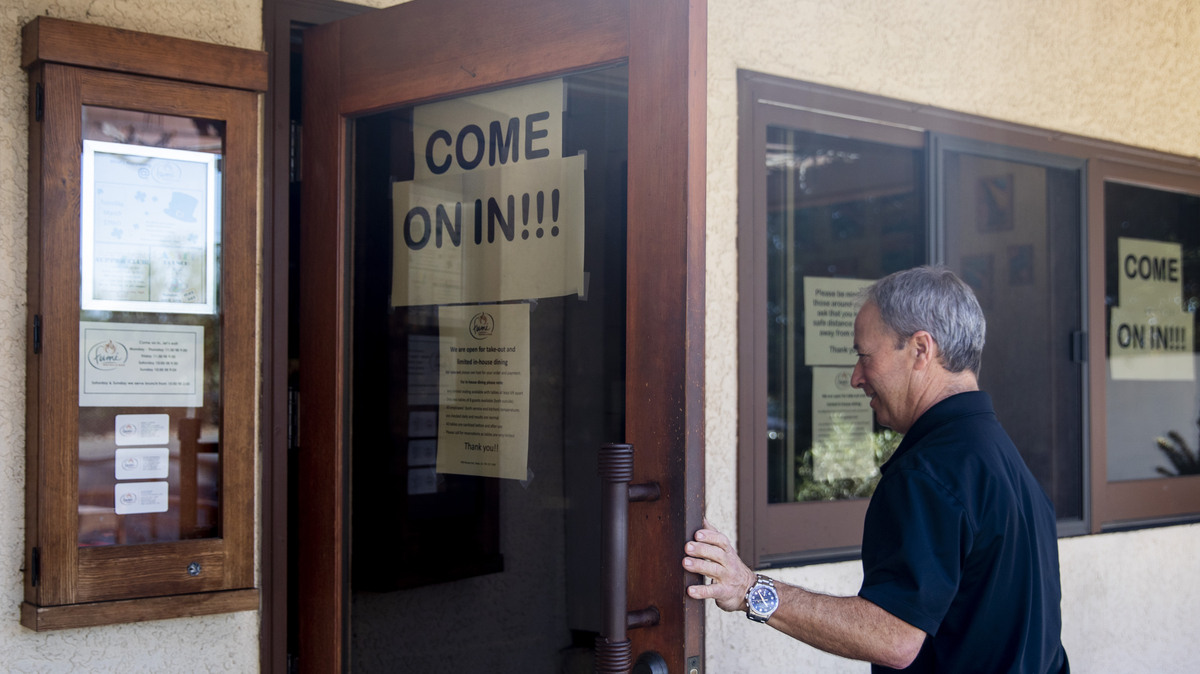 Fume Bistro owner Terry Letson enters his restaurant in Napa, Calif., on Tuesday. A handful of businesses in Napa have made the decision to begin reopening their dining rooms with occupancy limits

When is it safe for people to go back to work?

That’s the question both employers and workers are asking, as businesses around the country start to open doors shuttered by the coronavirus.

Workers want assurances they aren’t putting themselves at risk. And employers want to know they won’t be sued if workers get sick.

Senate Majority Leader Mitch McConnell, R-Ky., says liability protection for employers must be included in the next round of pandemic relief legislation.

“If there’s any red line, it’s on litigation,” McConnell said Tuesday. “The litigation epidemic has already begun. As of the end of last week, one report had it that 771 lawsuits had already been filed. This is going to impact our ability to begin to get back to work.”

“If the laws simply give immunity to corporations, there will be absolutely no incentives to ensure that they create a safe work environment,” said Remington A. Gregg, a lawyer with the watchdog group Public Citizen. Granting legal immunity, he says, will “sabotage the effort to get workers and consumers back. If people don’t trust that stores, offices and workplaces are safe, they will refuse to return.”

McConnell has not detailed what kind of legal protection employers are looking for. The U.S. Chamber of Commerce, which is lobbying for the liability shield, says it could be narrowly tailored.

“No one wants to protect bad actors here,” Neil Bradley, the chamber’s chief policy officer, told Morning Edition. “But businesses that are trying to do the right thing shouldn’t be second-guessed a year later in a court of law.”

Bradley suggested employers would only be shielded from lawsuits if they followed the guidelines of the Centers for Disease Control and Prevention and OSHA, the federal workplace safety agency.

“A business does its best to comply with those recommendations — that should be a safe harbor for them against those type of frivolous lawsuits,” Bradley said. “If they are willfully forcing workers to work in unsafe conditions, then they don’t have that liability protection.”

Worker advocates and some employers complain that CDC and OSHA have not provided employers with adequate guidance.

Last week, President Trump signed an executive order designed to keep meatpacking plants open, even though hundreds of workers at those facilities have been sickened with COVID-19.

The move angered workers and their unions who felt it protected plant owners at the expense of their employees.

“People feel helpless. I mean they feel like they have no voice,” said Kim Cordova, president of the United Food and Commercial Workers Local 7, which represents workers at a Colorado meat processing plant where six people died. “They’re going to force them to go to work but then not give them the safety protocols. And then companies don’t have to worry about their liability?”

As more businesses reopen, workers may feel economic pressure to return to work, despite concerns about their safety.

Workers who are offered a chance to return to work typically are not eligible to keep collecting unemployment benefits, although states can make exceptions in cases where the job is no longer suitable or safe. In Texas, for example, Gov. Greg Abbott has declared that workers over 65 and those who share a household with someone over 65 do not have to return to work during the pandemic but can continue to receive unemployment benefits.