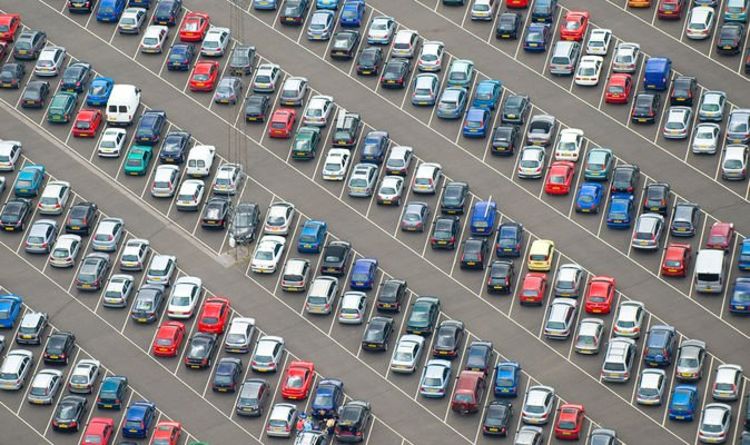 The Campaign for Better Transport says councils should have “more options” to raise funds including a workplace parking levy. This would see businesses charged based on the number of bays they offer but there are fears staff could end up footing the bill.

Nottingham is the only place in the UK to enforce workplace chargers but campaigners have demanded to see the scheme extended.

In a report released this week, The Campaign for Better Transport pushed to “expedite” the adoption of further schmees.

They have pushed the government to issue further guidance around the conditions as the amount of levy that can be charged in cities.

They have also asked to scrap the need for cities to receive permission from the Transport Secretary to introduce charges in cities.

They say funds raised will be spent on a range of “sustainable transport improvement” across the UK.

Mr Shirley told Express.co.uk: “The funds raised are then used to support local sustainable transport improvements to help people get to work, the shops, or public services.

“Nottingham, the first UK city to bring in such a levy, used it to tackle congestion and improve public transport, including helping to build an extension to the tram system, further reducing congestion in the city centre and benefiting all road users.”

However despite campagers pushing for changes, the Department for Transport has confirmed to Express.co.uk they have no plans to mandate a workplace parking levy.

This only means cities across the UK will not be made to sign up to a workplace parking scheme but some areas may decide to voluntarily install one.

Despite not advocating for a widespread workplace parking levy, the DfT says it is pushing for ways to make the transport network “cleaner” and “more sustainable”.

The DfT says it has made £250million available for pop-up bike lanes with protected space for cyclists and wider pavements.

A DfT spokesperson told Express.co.uk: ““As we recover from COVID-19, we want the UK transport network to be cleaner, more sustainable and more resilient.

“That is why this government has committed to publishing a new Cycling & Walking plan, is developing a strategy for decarbonising the transport network, and is investing £2bn to support active travel uptake. We’re also investing £2.5bn‎ in zero emission vehicles.

“Through this ambition and investment, we’re laying the foundations today to boost the uptake of cleaner, healthier and more active forms of travel for a more sustainable transport future.”

Seven years later, they announced their engagement and married at Canongate Kirk, Edinburgh, in 2011. In 2014, the couple welcomed their first child, Mia Grace...
Read more
Lifestyle

Fast forward to the 20th century, a man called William Willett introduced the idea of Daylight Saving Time in Britain in 1907. In the pamphlet,...
Read more
Lifestyle

This includes stepping out with her father-in-law, Prince Charles, 71. During such outings, body language expert Judi James explained the relationship between the royals. She said...
Read more
Lifestyle

The first bug-quashing update, iOS 14.0.1, was made available to iPhone owners to try to resolve some of these issues. However, iPhone owners are...
Read more
Lifestyle

How 'The Talk' Is Evolving Inside Black Families Amid Protests

Vinnie Iyer When diving into Sporting News' NFL picks and predictions against the spread in Week 4, there is renewed confidence for the final games of...
Read more