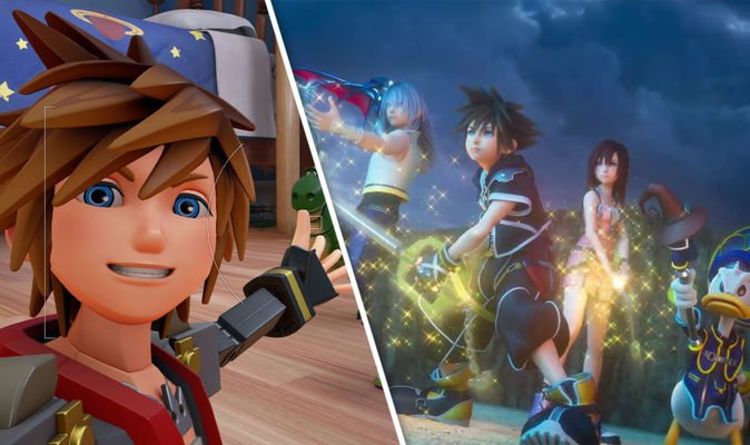 The Kingdom Hearts 3 Re Mind DLC has finally made its debut on PS4.

A year after Kingdom Hearts 3 made its debut on PS4 and Xbox One, Square Enix has released the Re Mind expansion on PlayStation.

Re Mind gives players the opportunity to see battles through the eyes of some of the supporting characters.

It also introduces new difficulty settings and challenges, as well as a Data Greeting mode.

“In Re Mind, players who have completed Kingdom Hearts 3 can journey through a new playable episode with Sora as he experiences battles through his friends’ perspective and uncovers new truths along the way.

“Players can also take on multiple powerful boss battles, including 13 boss battles in the Limitcut episode and a boss battle in the Secret Episode, experience the new Data Greeting mode, and try the slideshow features and a new ‘Premium Menu’ mode that includes diverse difficulty settings and gameplay challenges.”

It’s bad news for Xbox One owners, however, as Re Mind is given a February 25 release date on the Microsoft console.

In slightly better news, Square Enix has confirmed that it is working on new titles in the Kingdom Hearts series.

In a lengthy string of posts on Twitter, game director Tetsuya Nomura revealed that two new teams had been formed to handle development.

“We are already working on the next title,” he said. “The title screen for Re Mind serves as a piece of foundation for it.

“We still need some time with regards to main line Kingdom Hearts, but first up the KH UX team will have a surprising announcement tomorrow.

“Aside from the KH3 and KH UX teams, we actually have two new teams in operation, and from them one title will be coming surprisingly soon.”

While Nomura’s comments appear to suggest that Kingdom Hearts 4 isn’t currently in development, it looks like a full-blown sequel will come sooner than expected.