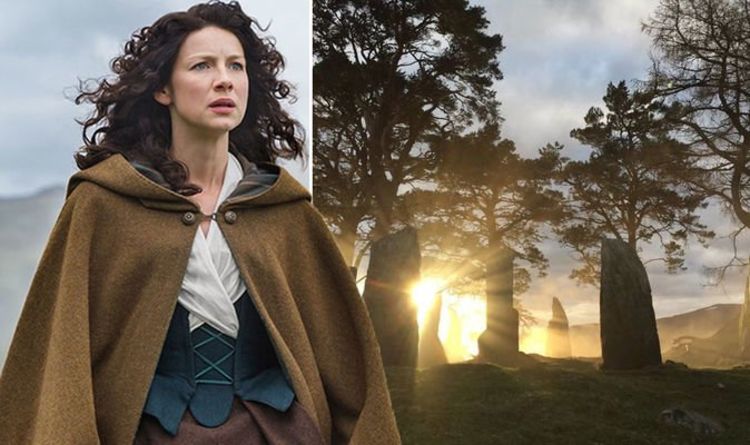 As the fifth season of the historical Starz series heats up, the threat of Stephen Bonnet (played by Edward Speleers) is looming and Claire (Caitriona Balfe) is struggling to keep her secrets hidden. No spoilers here, but fans of Diana Gabaldon’s book series are teasing Outlander season five could introduce some shocking new twists.

In the coming fifth episode of the ongoing new season of Outlander, Jamie (Sam Heughan) and his militia will learn Governor Tryon (Tim Downie) has formed an unconventional scheme to deal with the rebellious Regulators.

Jaime is still wrestling with his orders to take out the faction’s leader, his own godfather Murtagh (Duncan Lacroix).

Meanwhile, Claire is schooling her protege Marsali (Lauren Lyle) in the methods of complex surgery, and as her methods grow increasingly modern she risks uncovering her time travelling secret to the denizens of Fraser’s Ridge.

Claire has already been in danger of her secrets being uncovered back in 1767, when she was tried as a witch alongside her friend Geillis Duncan (Lotte Verbeek).

Geillis seemingly took the blame and was burned as punishment, but not before she revealed her smallpox scar to Claire, divulging she had actually come from 1968.

She then returned as an antagonist in season three, and fans have been speculating the series could introduce other characters who have stepped through mystical rocks such as those at Craigh na Dun.

A recent promo trailer doesn’t seem to reveal any hints, but fans are speculating the series will make a return to the time travelling that launched the first season.

One fan asked: “So there’s someone else from the future?”

Additionally, some covert behind-the-scenes snaps have revealed Caitriona in an outfit that could only be from the 1950s.

When it comes to spoilers, the relationship between readers and non-readers in the Outlander fan community keeps things very respectful.

However, responding to the fan’s initial comments, some Gabaldon enthusiasts couldn’t help but let slip some enticing clues for the upcoming events of the series.

One fan replied: “As a book reader I can only say: patience.”