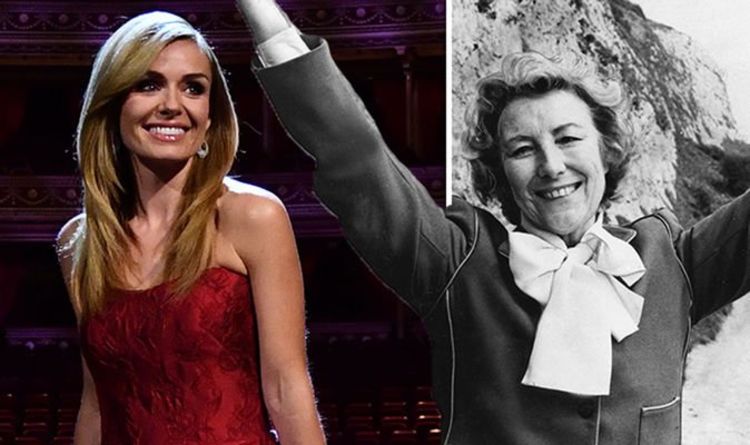 VE Day 2020 is upon us on the special 75th anniversary, and tonight the entire nation can watch singer Katherine Jenkins join in with Dame Vera Lynn virtually to perform her iconic war-time hit We’ll Meet Again, in a special pre-recording from the Royal Albert Hall in London. The British public can join in, sing along, and celebrate the day Europe was free from conflict on May 8, 1945.

Not just Britain, all around the world audiences will be able to stream Katherine Jenkins in concert at the Royal Albert Hall, where she will be delivering a very special performance of We’ll Meet Again in honour of war veterans, those who lost their lives and the families of them, and to celebrate the 75th anniversary of VE Day.

The hope is that the event will also succeed in raising morale for those affected by the Coronavirus pandemic and shut in lockdown.

Jenkins is the most successful classical singer of the 21st century, delivering an incredible Mezzo Soprano operatic voice to her listeners.

The concert will be a particularly poignant one given London’s Royal Albert Hall will be completely empty in a stark contrast to years gone by.

Fans hoping to catch the monumental event can tune in via the RAH’s YouTube channel for a half-hour concert at 6pm today.

It will also mark the first performance of the #RoyalAlbertHome series to come from the Hall.

Jenkins has already performed a number of home lockdown concerts for her fans, already amassing a whopping two million streams so far.

“I was lucky enough to be involved in the 60th and 70th VE Day celebrations,” the singer continued.

“So I’ve seen first hand what these events mean to the veterans and their families.

“On this day 75 years ago, people celebrated the end of nearly six years of war.

“Everyone involved in this streamed concert from the Royal Albert Hall believes strongly that we must do all we can to suitably honour this momentous day to the best of our abilities under the circumstances and we hope the nation will help us with that.