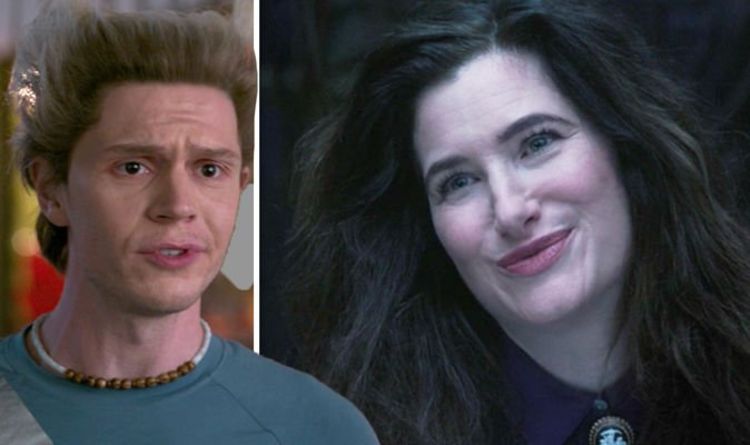 The return of Marvel hero Quicksilver / Pietro Maximoff in episode five of WandaVision was a real shock. The character had been dead since the 2015 movie Age of Ultron when he was shot while protecting Hawkeye (played by Jeremy Renner). Even more surprising about Quicksilver’s return was that he was not played by the original Marvel actor, Aaron Taylor-Johnson, but by Evan Peters.

While X-Men is a Marvel property, the cinematic rights were owned by FOX, so the MCU couldn’t use any of its characters.

This contract conundrum resulted in two different Quicksilvers existing in separate superhero universes at the same time. Taylor-Johnson for Marvel, and Peters for Fox

When Peters arrived in WandaVision as Pietro it looked like the two cinematic universes were colliding – but that has now been confirmed to not be happening.

These words, combined with her extraordinary powers, allow her to eradicate the mutant gene from humanity, thus killing the X-Men and all other mutants.

Considering there are no mutants in the MCU at the moment, Wanda may instead carry out a reverse House of M scenario.

If this situation were to happen, Scarlet Witch would instead create the mutant gene.

The arrival of the mutants in the MCU would change the landscape of the film series forever.

In the Marvel comic books, the mutants are an integral part of the Avengers. Included in this collection of heroes is Wolverine, Cyclops, Nightcrawler and even Magneto.

At the time of writing, no mutant characters have officially been cast in the MCU.

WandaVision continues Friday on Disney Plus.