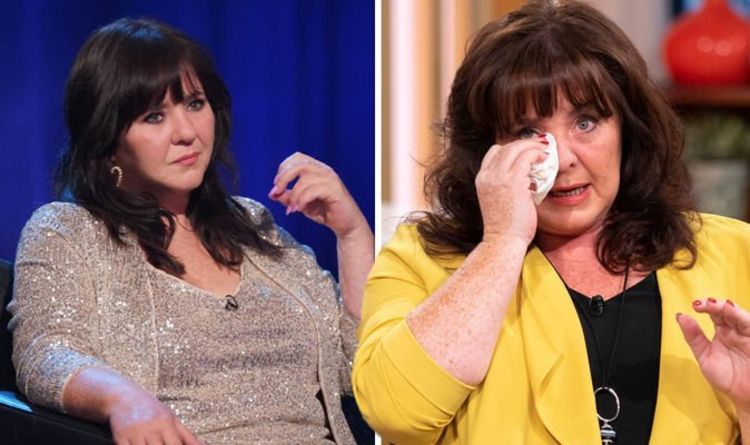 Coleen Nolan, 56, is well-known for appearing on the daily ITV talk show Loose Women. However, the star has had some sad news in her personal life as her cat Lily has gone missing.

Coleen’s son Shane Nolan, 29, posted about the news in view of his 42,000 Twitter followers earlier today.

Alongside an image of the missing poster, he wrote: “Also we’ve lost our cat #congleton #missingcat.”

The poster reads: “Lily is a ragdoll with 4 black paws, no collar and the last time she was seen she had a slight scratch under one if her eyes! (sic)

“She’s a mother to 4 kittens we also have at home but she has been spayed.

Back in February, she posted an adorable snap of her pet as she had a cup of tea.

She penned in view of her 253,000 followers: “Joined by the lovely Lily for this morning’s #cuppawithcol.”

Coleen also shared how her cat Lily got pregnant back in January last year.

She wrote: “Don’t think Lily is happy with the local Tom cat that got her into this situation!! #moody #pregnant #ragdoll.”

The family lives in Cheshire after Coleen moved house during last year’s lockdown.

The television personality has also been on ITV screens this week as Loose Women returned to having four panellists in their studio.

This has meant Coleen has had to pop down to London to film new episodes.

She posted about this on Instagram recently, sharing an image of her dogs who were “not happy”.

Coleen penned: “Back down south today, finally can go back to the studio!

“These two aren’t happy about it! #cuppawithcol.”