Georgia Sheriff Faces Civil Rights Charges Over Use of Restraint... 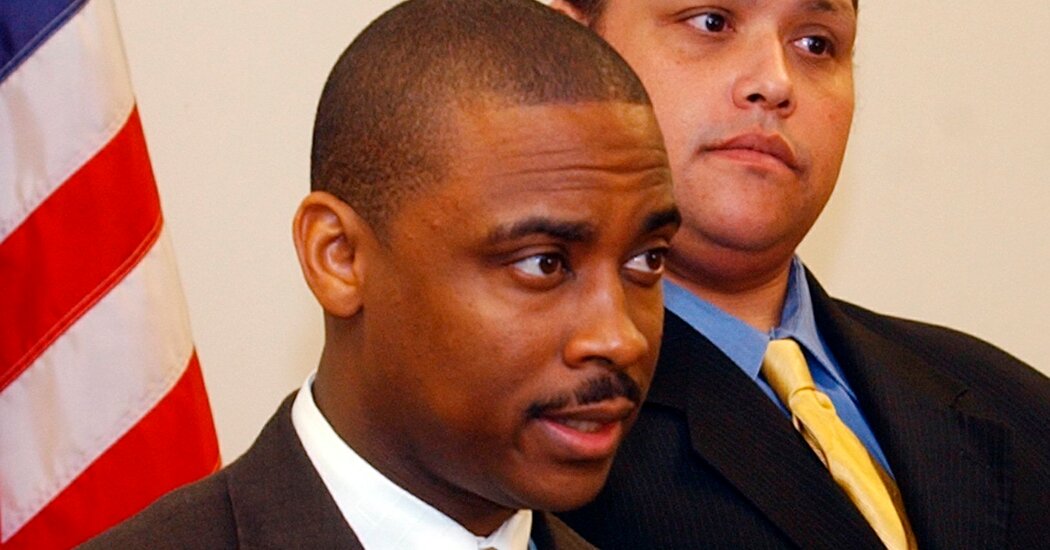 An Atlanta-area sheriff with a history of legal troubles faces federal civil rights charges for ordering several detainees to be strapped to restraint chairs for hours at a time even though they posed no danger to deputies, prosecutors said.

In an indictment that was unsealed on Monday, the sheriff, Clayton County’s Victor Hill, is charged with four criminal counts alleging that he used unreasonable force against four people who had been taken into custody last year by his office and violated their rights to due process.

One of them was restrained for so long without being allowed to use a restroom that he urinated on himself, according to prosecutors, who said that Sheriff Hill repeatedly made menacing comments toward several of the individuals.

Federal authorities said that the use of restraint chairs in each of the cases had violated the policies of the sheriff’s office, which stipulate that they should be used only when an inmate exhibits violent or uncontrollable behavior and other control techniques are not effective.

The indictment, which was filed on April 19 in U.S. District Court in Atlanta, also stated that Sheriff Hill sent a fugitive squad armed with handguns and AR-15 rifles last April to arrest a landscaper on a misdemeanor charge. The man had been embroiled in a billing dispute with a sheriff’s deputy over work that he had done for him.

“Badges and guns don’t come with the authority to ignore the Constitution,” Christopher Macrae, an assistant special agent in charge of the F.B.I.’s Atlanta field office, said in a statement on Tuesday. “They come with the responsibility to protect it from anyone who would violate it, especially another public servant.”

Sheriff Hill, 56, of Hampton, Ga., pleaded not guilty in U.S. District Court in Atlanta on Tuesday after turning himself in to the authorities. He was later released.

In a statement posted on Tuesday on Nixle, a public messaging system, Sheriff Hill called the charges against him politically motivated.

“I will continue to focus on the mission of fighting crime in Clayton County for continued success,” said Sheriff Hill, who, running as a Democrat and an independent, received more than 98 percent of the vote last year in his re-election campaign.

Federal authorities said that the first episode mentioned in the indictment took place in February 2000, when a man was taken into custody by sheriff’s deputies without incident three weeks after he allegedly assaulted two women at a grocery store.

The indictment said that Sheriff Hill had asked the man what he was doing in Clayton County, to which the man said: “It’s a democracy, sir. It’s the United States.”

“No, it’s not,” the sheriff responded, according to the indictment. “Not in my county.”

The other victims included a 17-year-old boy who was arrested on charges of vandalizing his family’s home; a man arrested after a domestic disturbance that possibly involved drug use; and the landscaper, the indictment said.

“Without justification, Sheriff Hill allegedly ordered four detainees to be strapped into restraint chairs for hours,” Kurt R. Erskine, the acting U.S. attorney for the Northern District of Georgia, said in a statement on Tuesday. “In so doing, he caused pain and injury to the detainees in his care. Such abuses of power not only harm the victims, they also erode the community’s trust in law enforcement.”

It was not immediately clear what happened in the criminal cases of the four people mentioned in the indictment — they were identified only by their initials. Prosecutors did not immediately respond to a request for further comment on Tuesday.

Drew Findling, a lawyer for Sheriff Hill, said in an interview on Tuesday that restraint chairs are readily used in jails and correctional facilities throughout the United States.

“We’re really shocked by this,” Mr. Findling said. “There’s no evidence or allegation of systematic violence.”

Mr. Findling said that the Justice Department had sent mixed messages to law enforcement officers and Americans, citing its role in a series of executions of federal inmates in the waning days of the Trump administration and what he called its muted response to high-profile police brutality cases.

Sheriff Hill was first elected in 2004, but lost a runoff in 2008 in Clayton County, which is just south of Atlanta. He reclaimed the office in 2012, despite being under indictment on felony corruption charges, The Associated Press reported. A jury later acquitted him of all 27 felony charges.

In 2016, Sheriff Hill pleaded no contest after shooting and injuring a woman in a Gwinnett County model home — he and the woman said it was an accident that happened while they were practicing police tactics.

Georgia’s governor can move to suspend an elected official who is indicted while in office by convening a three-person panel under a state law. Cody Hall, a spokesman for Gov. Brian P. Kemp, said that the governor’s office had not received the indictment yet and that Mr. Kemp would have to wait 14 days before he could convene the panel.