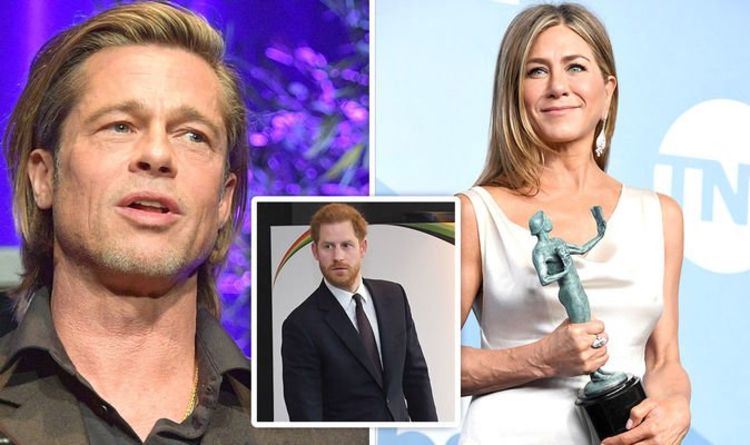 Brad Pitt was forced to miss the EE British Academy Film Awards 2020 in London, despite previously being confirmed to be attending after receiving a coveted nomination. The A-lister still managed to get everyone talking when he was named the best supporting actor.

The 56-year-old triumphed for his role as Cliff Booth in Once Upon A Time… In Hollywood, but was not on hand to collect his gong.

Thankfully his co-star in the movie, Margot Robbie, who starred opposite him as Sharon Tate, stepped in to accept and explain all.

The 29-year-old said Brad wasn’t at the star-studded bash due to “family obligations”, but did not go into further details.

She went on to read his speech, which not only seemingly took aim at the recent Jennifer Aniston rumours, but also Prince Harry and Brexit.

Margot stated: “Hey Britain, heard you just became single, welcome to the club. Wishing you the best with the divorce settlement.”

It comes just days after the United Kingdom finally officially left the European Union on Friday, after the EU referendum back in June 2016.

Brad also appeared to poke fun at the many reports surrounding himself and ex-wife Jennifer.

The pair, who wed in 2000 and split five years later, had everyone talking when they put on a cosy display at the SAG Awards 2020 last month.

He of course was referencing Prince Harry and wife Meghan Markle’s decision to become “financially independent” and split their time between the UK and North America.

They said after “many months of reflection” they had chosen to “step back as ‘senior’ members of the Royal Family”.

His comments were read out in front of his brother Prince William and his spouse Kate Middleton, Duchess of Cambridge.

The 38-year-old had stood out on the red carpet in a white and gold gown by Alexander McQueen.