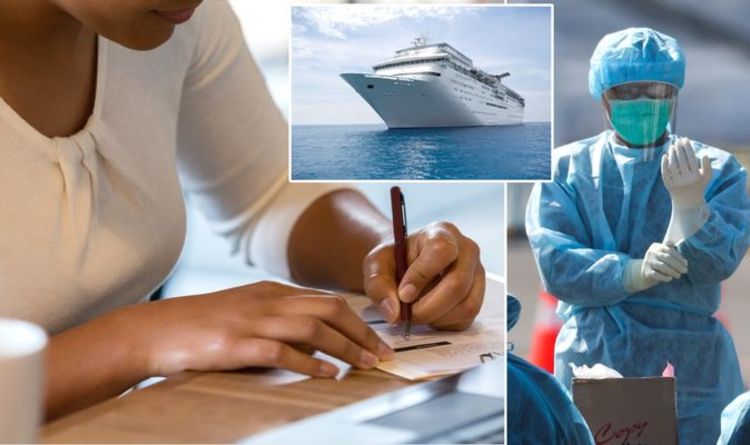 Cruise ship holidays could be quite different after the coronavirus pandemic has passed. The cruise industry has faced much criticism for its handling of the virus crisis. Princess Cruises, in particular, was lambasted for its approach to the outbreaks onboard the Diamond Princess and the Grand Princess.

The former was quarantined in Yokohama, Japan and 712 passengers went on to be infected with coronavirus.

At the time the ship held the biggest concentration of confirmed cases outside China. According to the Centers for Disease Control and Prevention (CDC), nine passengers died.

On the Grand Princess, which was barred from returning to port in San Francisco, 21 passengers tested positive for the virus and one person died.

The cruise line has now announced it will be rolling out several new health protocols when passengers return to cruising once more, in recent cruise news.

READ MORE: Cruise secrets: What married ship crew really get up to away at sea

The strict new rules could result in passengers facing legal penalties if they’re found to have falsified the pre-boarding medical questionnaire.

Access to boarding could also be restricted for anyone with a severe chronic medical condition.

“Our health monitoring, screening and operational protocols are designed to be both rigorous and flexible, and we are aggressively adapting to changes as they occur,” Princess Cruises said in a statement.

“We are working closely with public health officials, including the U.S. Centers for Disease Control and Prevention (CDC) and the World Health Organization (WHO), as well as the Cruise Lines International Association (CLIA), to define and implement best practices to protect the health of our guests and crew as it relates to COVID-19.”

The new guidelines will cover pre-cruise, embarkation and onboard.

Many of the measures are a continuation of the protocols put into place in late February and early March.

Here are just some of the new rules being rolled out.

Travellers will have to meet certain criteria  – and those who don’t will be unable to sail.

Anyone who has been in contact with a suspected or confirmed case of COVID-19; anyone suffering from a fever or flu-like symptoms prior to embarkation; and anyone with underlying severe chronic medical conditions will not be allowed to board.

Booked passengers will receive a full cruise credit or refund if barred from boarding.